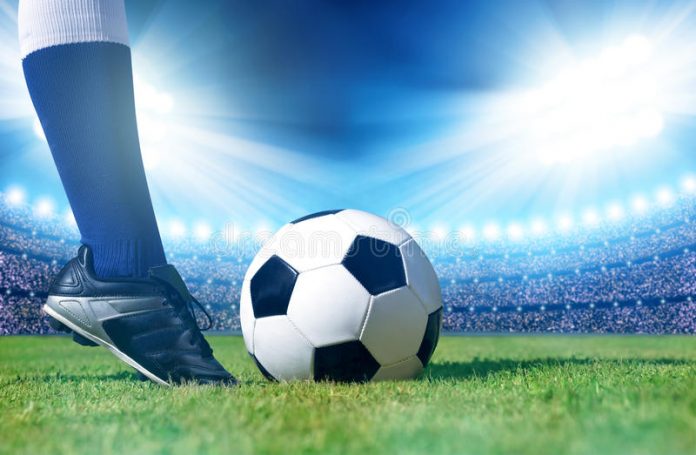 There are few more fun ways to while away an hour than learning a football trick. There are also few more frustrating ways if it doesn’t go to plan, but even when it’s going wrong you’re playing football and that’s better than most stuff, right?

If you’re wondering what you’re going to do to stay active and keep your mind occupied during the latest lockdown in England, or the inevitable forthcoming pre-vaccine winter-long restrictions wherever you are, we think mastering some football skills is a good option. Freestyle footballers Billy Wingrove and Jeremy Lynch of The F2 agree.

You just need a safe area and a football,” says Wingrove. “It’s rewarding, too. You haven’t got a skill one minute, you practise and practise, and then you do.”

We’ve got four freestyle tricks from Wingrove and Lynch for you to have a crack at learning below, but first remember to work on the foundations.

“Start by working on your keepy-uppies, your kick-ups,” says Wingrove. “That’s how you learn how to judge the bounce and the feel of the ball. The good thing about that is it’s easy to keep a record. Set yourself a challenge of beating your record, whether it’s 20, 50 or 100 kick-ups, and you’ll see that improvement each day.”

Another tip is to make sure the ball is just right.

“Kids might need a smaller ball to get their legs around it and even a slightly lighter ball. Your legs might not have the strength to use a full-size official ball,” says Lynch.

“What helps as well is having the ball slightly deflated,” says Wingrove. “The harder and more pumped up it is, the less give it’s got when it makes contact with your foot. Make it slightly softer and you’ll find it easier to control.”

Once you’re a keepy-uppy maestro give these tricks a go, and you can see a load more tricks and tutorials on The F2’s YouTube channel, as well as some drills in this Instagram video.

If you’re wondering how long it’ll take for you to master the moves, we have good news. “If you give yourself 20 minutes a day for a week, you’re going to be able to do all these skills,” says Lynch. “But bear in mind there are going to be some days it just doesn’t happen for you – so try again tomorrow!”

1. Rocket Launcher
“This is one we teach beginners,” says Lynch. “It’s simply putting the ball between your feet, and jumping up and releasing the ball. It’s one of the best beginner tricks to get the ball up in the air from the ground.”

2. Neck Catch
Flick the ball up and catch it on the back of your neck. It’s a simple one to understand, but devilishly tricky to do if you don’t set up right.

“Break it up,” says Lynch. “The first movement is to touch your toes, so naturally you’ll get into the right position. Then spread your arms like an aeroplane, so you’re bent down with your arms out, and lift your head. When you lift your head you naturally arch your back a little bit and it creates a nice little groove for the ball to rest in.”

3. Rainbow Flick
“The skill is not so hard, but people try to do it by getting the ball on the back of the heel with the laces and then flicking it over their head,” says Wingrove. “It’s easier to fall to the side, so naturally one leg lifts up. Practise getting the ball between your ankles and falling to one side. Then it’s about hopping up in the air and pushing the ball up. I fall to my weaker side – I’m left-footed so I fall to my right and flick the ball up.”

4. Maradona Seven
“The Maradona Seven is a game where you kick the ball with your left foot, then left knee, left shoulder, head, right shoulder, right knee, right foot,” says Wingrove. “That’s a fun challenge, and when you complete it there’s a big sense of satisfaction. Then make it harder – do two touches on each step.” 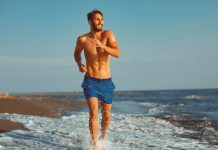 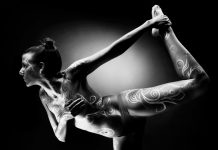 Reasons behind Your Dog’s Compulsive Scratching, Licking, and Chewing

Famous Food of California | Best Foods to Eat in California,...

25 Healthy High-Fat Foods to Keep You Full and Satisfied

10 Best Copenhagen Foods Everyone Should Try

Cells of the Brain