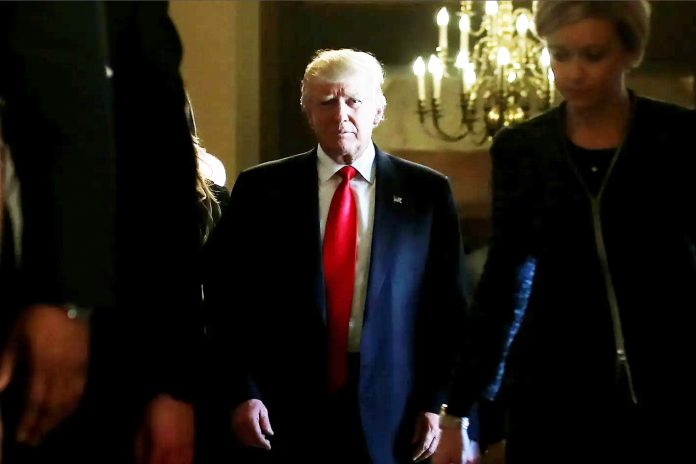 Taking responsibility would bring accountability. Dodging both means no full-throated federal battle-plan. No swift and uniform nation-wide campaign to “flatten the curve” of rising COVID-19 cases.

A uniform approach would save lives, as Dr. Anthony Fauci keeps trying to tell us. But it would make it harder to blame the states.

To win in November, Trump wants to argue that the grim toll of the virus, especially in the hardest-hit places, is the fault of governors. Never mind that his administration dismantled early warning systems for pandemics. Never mind his deadly 70-day delay before taking action last month.

Feds as ‘backup’ rewrites US history

Never mind his unwillingness to lean on slow-moving governors to put in place stay-at-home orders. Never mind the failure to nationalize the supply-chain for health care workers’ personal protective equipment or to order the military to fly ventilators from where they are not needed to where they are.

Instead, the president says of the nation’s governors, “the complainers … should have stocked up” before the crisis. Michigan Gov. Gretchen Whitmer is “in over her head.” And New Jersey “got off to a very late start.” After all, the federal government is just a “backup” for state governments.

That line (repeated three times in one briefing last week) rewrites American history. Every president since Hoover has used the same framework: The federal government is how we mobilize the massive resources needed in extreme public emergencies:

Presidents over the last 85 years clearly have not shared Trump’s view of the federal government as mere “backup” in responding to disasters.

Why can’t the president say, “I own the problem,” as other leaders do in times of crisis, and issue the national stay-at-home order needed to keep the death rate down? To paraphrase James Carville, “It’s the accountability, stupid.”

Trump’s solution? “I leave it up to the governors.” Step aside, Harry Truman! “The buck stops there.”

How to Deal with a Waterlogged Lawn?

10 Tips that we need to learn and follow from people…

Make Your Own Hair Conditioner

5 Ways to deal with picky eaters

What to Do If You Have a Non-Coronavirus Health Emergency