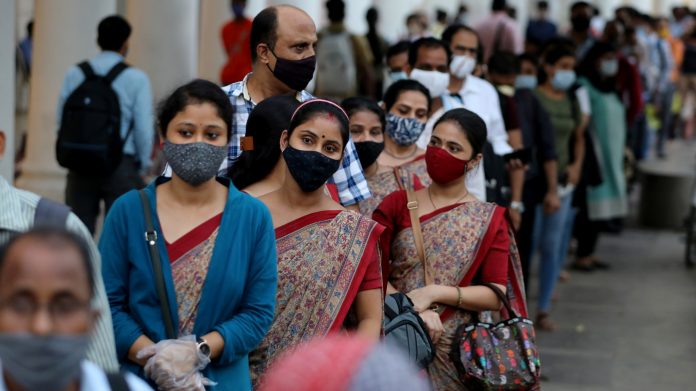 The Omicron variant hit the global radar in November last year when South African health authorities reported a complicated new variant to the World Health Organization (WHO). Within weeks, the “variant of concern” was traveling through the world, infecting people across the United Kingdom before making its way to the United States, Europe, and on to India.

The Omicron virus was so severe that the world, which had recently tried to open up was once again contemplating going back into lockdown with more restrictions and harsher implementation seen worldwide. The work from home culture returned for many as the virus replicated at an insane pace.

India reported the first Omicron in late November and Delhi saw its first case in December, within weeks India braced for one of the fastest jumps in cases as people feared a Delta-like situation when Oxygen shortages led to scores of deaths.

While Omicron spread fast, it has been on a retreat for the last few weeks with cases dipping across the country. India on Monday reported 16,051 new cases in the last 24 hours with the daily positivity rate at 1.93 per cent. A month ago on January 21, India had reported 3,47,254 cases in 24 hours in which 9,692 were infected from Omicron, and the positivity rate was at 17.94 per cent.

With the cases now falling and life returning to normal, what Omicron variant taught us about the Covid-19 pandemic?

VIRUS IS VERY ACTIVE
Gene sequencing of the Omicron variant showed that it had more mutations than the Delta variant of Covid-19. While the variant had a staggering transmission rate, it was milder as compared to Delta.

However, experts continue to warn that the virus is genetically active and can mutate to adapt to the changing situation as seen from its Delta to Omicron transformation.

The high number of mutations seen in the Omicron did not automatically mean that it could be more dangerous, but simply that the virus has further adapted to the human species by generating another variant.

When SARS-CoV-2 first struck, no one was immune to it. Two years later, infections and vaccines have provided reasonable immunity to much of the world. So, the virus must adapt to survive.

With India completing over 150 crore vaccine doses, there was a fairly large pool of people with sufficient stock of antibodies to guard the population against new mutations. This immunity shield was missing when the Delta variant struck India hard in 2021.

The third advantage was that the virus itself was weaker in causing illness of great severity. The new super-spreading variant thus exited human bodies causing mild inconveniences in most cases.

NEW VARIANTS MAY KEEP COMING
Dr Alok Agarwal of Apollo Hospital told Indiatoday.in, “With Omicron, we have noticed less severity compared to Delta, a milder variant meant better immunity. However, whether that immunity is going to be sufficient nobody knows.”

“Breakthrough cases were reported across the country. People who were double vaccinated were infected by Omicron hinting at its capability to escape antibodies.”

Experts across the world have warned that it won’t be the last version of SARS-CoV-2 to hit the world and that there could be more dangerous mutations in the future.

Leonardo Martinez, an infectious disease epidemiologist at Boston University, said in January that “the faster Omicron spreads, the more opportunities there are for mutation, potentially leading to more variants”.

With Omicron now receding across the world, countries are better prepared to face outbreaks with an effective mechanism to deal with these developments now in place. However, public health experts advise that people should continue masking, spacing and hand-sanitising, and other Covid-safety protocol. The pandemic is still here.

Say Goodbye To Dull Skin With These 5 Amazing Natural Remedies

The Best Exercises to Lose Weight and Stay Active

5 Natural Ingredients to Get Rid of Dark Circles!