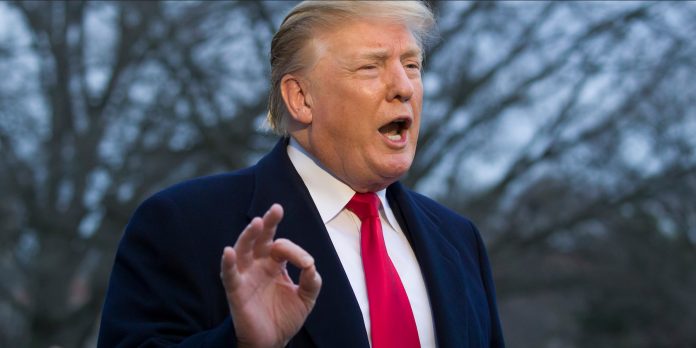 In the time it takes you to read this, dozens more Americans will probably have been diagnosed with COVID-19. By the time you finish it, there’s a good chance another American will have died from the disease.

Many of those diagnoses will probably come in New York; some in California; others ranging from Louisiana to Florida. While we don’t know everything about this virus just yet, what we do know is that it is spreading exponentially. Young, old, rich, poor, black, white, Asian, Latino, you name it — every one of us is in danger. And if we don’t take immediate sweeping action many more Americans could die in a pandemic that’s already been made far worse by a president who has refused to take obvious measures that could be done with the stroke of a pen.

Recently, Donald Trump crowned himself a “wartime president.” If that’s the metaphor he wants to use, then his actions have been tantamount to sending his own troops into battle without body armor or a single weapon.

There’s no time for dilly-dallying during a pandemic

During public health emergencies, time is the most valuable commodity we have. But while public health experts have been sounding the alarm, Donald Trump has spent much of the past few months denying the gravity of the situation, telling lies and stoking xenophobia, preying on our worst instincts in a way that’s catapulted us ever closer to a worst-case scenario situation when we once upon a time had an opportunity to minimize the risks this pandemic posed to our nation.

So I was pleasantly surprised when it finally seemed as if he was taking the situation seriously in mid-March when he announced he was invoking the Defense Production Act (DPA), giving him the authority to better organize the supply chain and use American manufacturing capacity to speed up production of the lifesaving, coronavirus-fighting medical equipment our hospitals desperately need.

But since then, he’s pivoted so many times, it’s a wonder the whole country doesn’t have whiplash. Not even a day later he reversed course, saying that states were on their own to figure out how to get the resources necessary to slow the outbreak. Then, in a 24-hour span at the end of March, he went from (inaccurately, dangerously) telling Sean Hannity that governors were exaggerating the need for more ventilators to bickering with General Motors (GM) on Twitter to declaring that he was finally authorizing the use of the DPA to require GM to produce ventilators — something the company had already committed to doing hours prior.

But late last week, USA TODAY reported that the administration has still refused to actually order a single machine to be manufactured under the DPA. Instead of placing the order, Trump has chosen to spend the past week bragging about his TV ratings and the number of people who follow him on Facebook, while Trump aide Peter Navarro says they’re still banking on voluntary updates from GM.

10 ways how music can be therapeutic for your body, mind...

Medical Alert System to the Rescue of Seniors and Primary Caregivers

The importance of sleep during pregnancy

7 Shocking Foods That Deprive Your Sleep