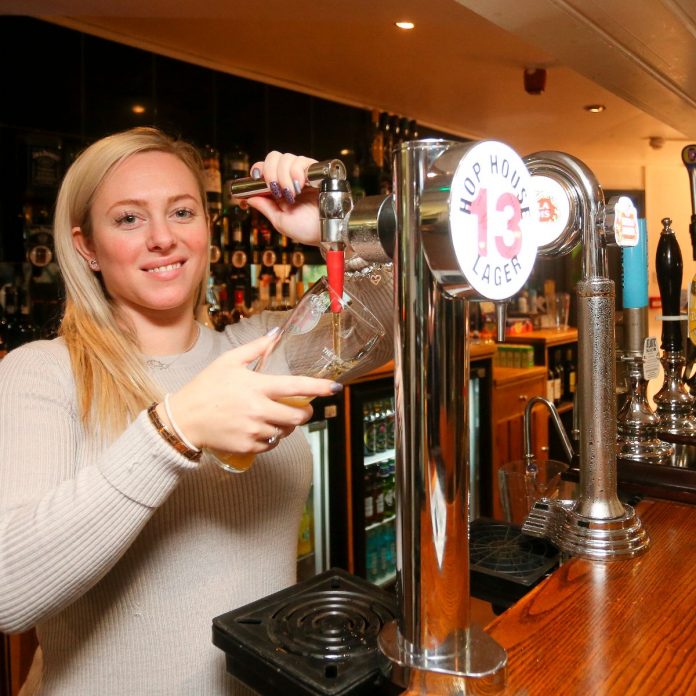 A landlady whose pub was shut down after police were called to a “lock-in” during the coronavirus lockdown said she “wished she’d kept the door shut”.

Mandy Mallinson said she had been celebrating her husband’s birthday at the Blue Bell Inn in Nottinghamshire.

She admitted six regulars had turned up uninvited, but insists it was not a planned “lock-in”.

A councillor said the pub had been visited on successive weekends over concerns it was “flouting” rules.

Nottinghamshire Police were called to the premises in Mansfield Road, Sutton-in-Ashfield, last weekend and used new powers to shut down what they described as a “lock-in”.

Ms Mallinson said: “If I could go back, I would have locked my door and not let anyone in. I wish to God I had just shut it.”

But she argues the police were wrong to described it as a “lock-in” because the till was closed, beer nozzles were turned off and the doors were open.

“People chose to come, drop off presents and thought they’d have a quick drink,” she said.

“We weren’t selling beer, they brought their own. We didn’t invite them, it was not a planned party.”

She said it only lasted 30 minutes before police arrived.

Ch Supt Rob Griffin said the force’s actions “send a very clear message” that “police and our partners will not tolerate those people who deliberately break the rules and put other people’s lives in danger”.

‘Smack in the face’

Ashfield District Council’s deputy leader Helen-Ann Smith said a community protection officer had visited the pub on 23 March after reports it had been “open all that weekend” as well.

She said they left a note as no-one responded.

She added: “If this were the first time, I could possibly understand it. But the rules have been put in place for a reason.

“The staff at King’s Mill Hospital are working so hard, while five minutes down the road there are people flouting the regulations. It’s a smack in the face.”

Ms Mallinson denied opening over the first weekend and said she had not received a visit or note.

Less Stressful Ways to Set and Reach Your Goals.

How to Use a Face Mask Correctly

Coronavirus: How to protect your mental health