If losing weight sits high atop your New Year’s resolution list, you might want to reach for a piping-hot cup of joe.

Why? New research suggests that just 4 cups of coffee a day can actually help shed some body fat.

The finding follows a 24-week investigation that tracked coffee’s impact among 126 overweight men and women in Singapore.

Investigators initially set out to see if coffee could help lower the risk for type 2 diabetes risk by lowering the risk for developing insulin resistance, which can lead to dramatic spikes in blood sugar and, ultimately, diabetes.

In the end, the researchers did not find evidence that coffee had such a protective effect. But there was an unexpected upside: Those who drank 4 cups of caffeinated coffee per day over six months saw a nearly 4% drop in overall body fat.

“We were indeed surprised by the observed weight loss that was specifically due to fat mass loss among coffee drinkers,” said study author Derrick Johnston Alperet, a postdoctoral fellow in the Department of Nutrition at the Harvard T.H. Chan School of Public Health.

Alperet said it suggests that “this loss in fat mass was not likely to be due to changes in lifestyle, namely diet and physical activity”.

Rather, he and his colleagues think that coffee-fueled fat loss may be the result of a “metabolic reaction”, in which caffeine causes the drinker’s metabolic process to ramp up. The end result, said Alperet, is the burning of more calories and a notable drop in body fat.

Still, the Singapore experiment lasted only six months, during which time half of the study participants – who were all Chinese, Malay or Asian-Indian – were randomly instructed to drink 4 cups of caffeinated instant coffee on a daily basis. The other half drank a beverage that mimicked coffee’s taste but was neither coffee nor caffeinated. So, might drinking 4 cups of caffeinated coffee a day over a longer haul pose any risk?

Alperet thinks not. Prior research, he said, indicates that this level of consumption is well within current norms. Studies, he noted, suggest that on average Americans currently consume up to 4 cups daily, while Europeans can average as much as 7 cups.

Connie Diekman, a food and nutrition consultant and former president of the Academy of Nutrition and Dietetics, is not so sure.

“The 4 cups allocated in this study appear to be on the high side of intake, so not what I would recommend,” she cautioned. “The higher caffeine content might have helped suppress appetite.”

But too much caffeine “can impact the body overall, causing headaches, jitters, rapid heartbeat and stomach distress”, noted Diekman, who wasn’t involved with the study.

And Alperet agreed that “any decision for a non-coffee drinker to include 4 cups of coffee per day to his/her diet needs to be carefully calibrated with other caffeine-containing foods, beverages and medication currently consumed”.

In the meantime, “we believe more research is needed here,” Alperet said. “Additional trials with more comprehensive assessments of body composition are needed to confirm our findings.”

That point was seconded by Lona Sandon, who also reviewed the study. She is program director and assistant professor in the Department of Clinical Nutrition with the School of Health Professions at the University of Texas Southwestern Medical Center at Dallas.

“Coffee, caffeine more specifically, has been on the radar for years for its potential to affect appetite, body weight and body fat,” Sandon said. “But the exact mechanism of how it may work to decrease body fat is highly debated.”

And even if coffee can be proven to trigger fat loss, Sandon said readers should manage their expectations, given that it took half a year for drinkers to shed a just a small percentage of body fat. 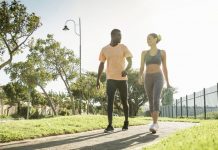 Is Walking or Running Better for Weight Loss 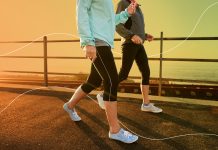 What Is Glucose And Why Is It Important For The Body?

The Results of a Loving Day…

Low-Fat Or Low-Carb Diet: Which Is Better For Weight Loss?