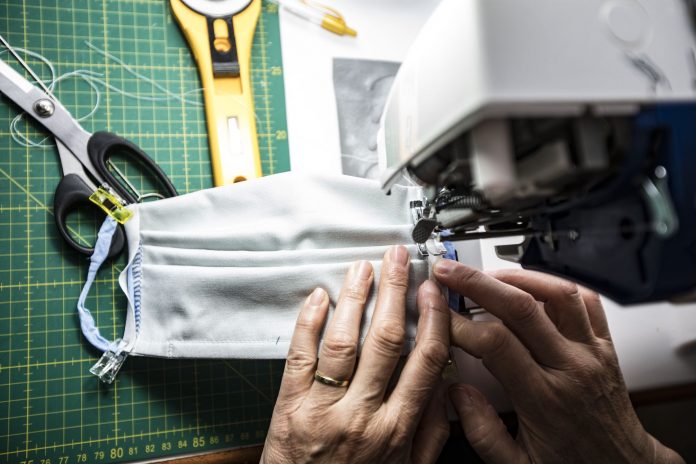 For a while, it felt as though advice from health professionals was changing every day about whether most Americans should be wearing face masks to help prevent the spread of the coronavirus. The Centers for Disease Control and Prevention (CDC) has now officially recommended that everyone but infants should wear a cloth mask or face covering in certain public settings.

As German Lopez writes for Vox, “While the evidence is limited, the research suggests that more mask use by the greater public could help stop the spread of Covid-19, the disease caused by the SARS-CoV-2 coronavirus. Some studies in households and colleges ‘show a benefit of masks,’ Raina MacIntyre, head of the Biosecurity Program at the University of New South Wales in Sydney, Australia, told me, ‘so it would be plausible that they would also protect in lower-intensity transmission settings such as in the general community.’”

The guidance had been frustratingly confusing, particularly in the midst of a pandemic where official directives have been inconsistent or outright dangerous, but it did lead to a spike in Americans taking matters into their own hands and donning masks before the official directive came, according to the Washington Post. The practice was already widespread in many parts of Asia, which some experts say could be one reason that areas like Hong Kong and South Korea seemed to do better at controlling the spread of the virus.

Above all, it’s of utmost importance that medical personnel, vulnerable populations, and people who actually have the virus are first in line when it comes to medical-grade personal protective equipment, or PPE. That’s why making your own — while it won’t come with nearly the same level of protection — could be an alternative and possibly reduce considerable strain on an already drastically overburdened supply chain.

I will not, here, write a cute and flip line about how you probably have a lot of time on your hands for craft projects now that you’re stuck inside, because maybe you have kids, or maybe you have a job that does not allow you to work from home, or a job that’s become infinitely more stressful now that you have to. I am literally a semi-professional crafter and even I can’t bring myself to stop panicking most days long enough to sit down and knit a couple of rows.

What I will do is answer some questions you might have about what goes into making a mask, even — especially! — if you yourself are not a crafter. If you have further questions or resources you’ve found helpful, email me and let me know; I’m alanna.okun@vox.com, and chances are this guide will be updated frequently as more information becomes available.

So wait, am I definitely supposed to be wearing a mask? Even if I’m not sick or vulnerable?

The guidance is now that every American (except infants) should wear some kind of face covering in public places where other social distancing measures are hard to maintain (like grocery stores or pharmacies), especially in communities with significant rates of transmission.

As Lopez previously wrote, the research is murky and inconclusive, but the main takeaway is that homemade masks are likely better than nothing: “Cloth masks … are much less effective than the modern alternatives, as a 2015 study in BMJ found. And they can be extra risky, since they can trap and hold virus-containing droplets that wearers can then breathe in. But they still, in general, offer more protection than no mask at all, several studies concluded.”

MARIJUANA AND ITS ACTUAL BENEFITS

Exploring the Culture of Argentina