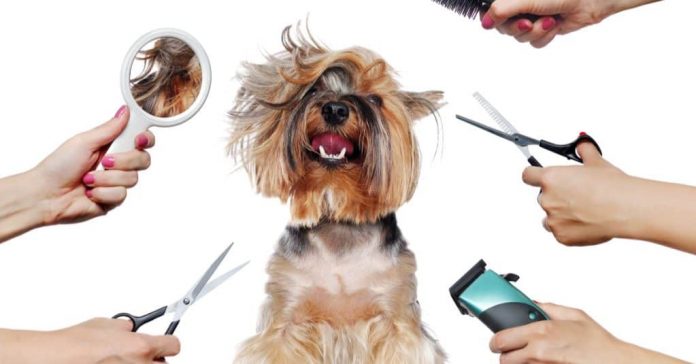 Keeping your dog healthy doesn’t only involve feeding them quality food, having them regularly vaccinated, exercising and playing with them and loving them. It also covers grooming. Some people consider grooming as an activity that only improves the dog’s visual and aesthetic qualities but that’s just half of the story. The second task, which is also the more important task of grooming is to keep your dog comfortable and healthy.

Leaving a dog’s coat untreated for a prolonged time period could result in some bothersome problems and it could even cause certain health issues and you certainly don’t want that for your dog. Mats occur on a coat that hasn’t been brushed properly and they can be difficult to remove. Trying to cut them out by yourself is a dangerous thing to do because it can easily lead to you accidentally cutting your dog’s skin. On the other hand, if the coat hasn’t been washed, cleaned and dried properly it can become an ideal environment for bacteria, which usually induces some bacterial or fungal infections that require time to heal completely.

Having said all that, it’s obvious that any dog parent must groom their pet regularly and adequately, either by taking them to a professional or by doing it by themselves. This time, we’ll talk about the latter option and help you find the best possible tools necessary for dog grooming.

Coat types
Before we get to the actual list of the best grooming tools for your dog, it’s best if we first take a moment and go over the differences between the most common types of dog coats. We won’t be going into fine details so we won’t mention subtle variants of similar coats but we will cover the major categories nonetheless.

First up we have the long haired breeds. Their coat is wonderful and classy indeed but maintaining it in that condition isn’t an easy task. The hair ends that drag along the ground tend to get very dirty very quickly, so it’s important to keep them neatly trimmed at all times. Also, the backside and the area below the tail accumulate some dirty matter too, so it mustn’t be overlooked when grooming the dog. Brushing is essential with these breeds because you wouldn’t want to have to deal with tangled, long strands of hair.

Next up is the double coated type. These dogs have long hair as an upper layer while the lower layer consists of shorter, densely gathered strands of hair. This kind of coat is pretty difficult to groom at times but with proper tools, the process becomes a lot easier. An adequate brush will allow you to reach the undercoat and remove all of the loose strands that got stuck in there.

And last but not least, we have the curly coat breeds. There’s a few different types of curly but we won’t be nitpicking this time around so we’ll talk about all of them in general. Pet parents of these dogs usually consider trimming to be the best way to go when it comes to grooming their dogs. Clipping their hair definitely keeps their hygiene level at the proper margin but it doesn’t do them justice unfortunately. That beautiful curly coat looks the best when it’s brushed well and when a deshedding tool is used on it. Cutting it in any way will make it grow a bit differently, meaning that their coat will never look like it did once it’s been clipped. Either way, these dogs must be washed regularly and those curls must not get entangled together or be left wet for a longer time period.

The grooming brush
When people hear the word grooming, it reminds most people of either grooming scissors or a brush. This tool is probably the simplest to use when it comes to grooming apparatus so it’s logical to start out list with it. They come in all kinds of shapes, sizes and designs which makes the selection process a bit complex but fear not, we’ll help you make the right choice.

Ideally, you would want a brush that fits well in your hand and doesn’t slide or feel awkward while you use it. It should also be durable and reliable; you wouldn’t want it to break in the middle of the grooming process. And most importantly, it should be able to reach all the way to the base of the coat with its teeth.

This model offers everything you’d want from a brush so don’t forget to check it out.

The grooming and thinning shears
Electric clippers do a great job when you want to trim the entire hair of your dog down to a reasonable size but if you wish to do some precise work it’s better to go with a combo of dog thinning shears and grooming scissors. They’re much sharper than normal scissors so they won’t chew the hair without cutting it, no matter what kind of coat your dog has.

You would want them to be sturdy, well made, sharp and not too tight. Here’s our recommendation, go ahead and see if it suits your needs.

The grooming clippers
As mentioned before, when you wish to cut your dog’s hair down to the very short length, using the electric clippers is your best bet. You will finish the job quickly which suits both yours and your dog’s needs, but the quality of your work won’t pay the price for it.

Clippers should have the possibility to have their blades replaced whenever you desire to because buying two different models only because you have two dogs with different types of coats isn’t practical at all. Having one model with detachable blades will let you swap them out easily according to your needs. It also shouldn’t be a cheaper model since you need a reliable tool which will last for many years after all, so don’t focus on saving money that much when choosing the right clippers for your dog. Also, your clippers shouldn’t heat up quickly, or else you might accidentally burn your dog.

This model provides you with what you need, see if you like it.

The nail clippers
Keeping your dog’s nails short and blunt will potentially save you a lot of money you’d otherwise spend on new furniture. But it will also make your dog feel more comfortable, without the nails dragging along the floor while they’re moving. Some people prefer to grind the nails, others like to cut them but either way, you should be careful not to nick the vein which runs along their nail because not only will it be painful for the dog, it’ll also be messy since that kind of cut bleeds a lot.

We recommend using regulars nail clippers instead of grinders simply because they practically never malfunction, unlike electric grinders.

A plain model like this one will do the job just fine. But don’t forget to be gentle and precise when using them.

The shower head
We’re getting into the territory of dog bathing now so let’s start with the thing you’ll be using first, even before the shampoo. Water. Well not only water, more precisely the thing you use to make that water spray, the shower head. Sure you can use any ordinary model but take a look at this one we’ve found for you. Not only can you mount it instead of your own shower head in your bathroom, but you can also go outside into your backyard and hook it up to your garden watering or car washing hose. Your dog will surely enjoy being washed outside more that being washed in the bathtub. And you won’t have as much cleaning work left for you after the bathing is done.

The shampoo
Dog shampoos come in a wide range of different types and most of them are perfectly fine. As long as they’re hundred percent natural. Avoid getting shampoos with chemicals in them because they will most likely irritate your dog’s skin.

The hairdryer and the towel
After you’ve washed you dog, you must not forget to dry them out adequately. They’ll undoubtedly shake off most of the droplets, which is why it’s a good idea to bathe them outside, but that won’t remove all of the excess moisture from their coat. If you leave them be, bacteria will gather at the damp areas which might lead to infections. Also, their coat will probably get mats a lot more easily.

Therefore it’s better to dry them out with a regular hairdryer or with a towel for dogs. Any stronger hairdryer will do the trick. As far as towels go, here’s one that’s a great choice. Just wrap it around your dog and rub until their fur becomes dry.

We hope that you’ll like our recommendations and practice grooming without any issues from here on out! 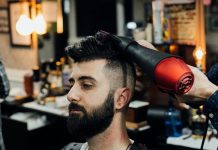 Personal grooming tips and tricks everyone should know 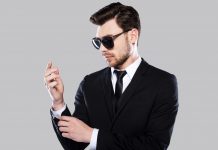 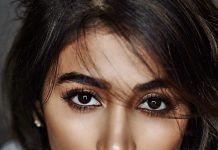 Head to Toe Self-Grooming Tips- All Women Need to Know!

What To Do When You Want Sex More Than Your Girlfriend