Here’s a universal truth we generally don’t discuss enough: It’s totally normal to fantasize about other people even when you’re so happy in a relationship that your heart almost bursts every time your partner wrinkles their nose right before laughing at one of your terrible puns. That definitely doesn’t always mean that you want to act on those urges—that might seem like a bad idea for a variety of reasons. But in some cases and for some people, acting on these thoughts with the blessing of their partner is a really attractive idea. Enter: non-monogamy.

Non-monogamy refers to relationships that allow people to have sexual and/or emotional intimacy with people besides their primary partners. People who may be interested in non-monogamy include those who want to explore multiple facets of their sexual orientations or who don’t feel as though it’s natural to only love one person romantically, for instance. Fortunately for people who are interested in pursuing something like this, relationship models beyond monogamy are rising in mainstream visibility, which is where open relationships can come in.

More people are visibly warming up to the idea that it’s OK to want to have sex with more than one person for life. (Forever is a really, REALLY long time.) But knowing that open relationships are a thing doesn’t help much when it comes to figuring out if one might be right for you.

Since every relationship has its own strengths and weaknesses, there’s no One Easy Trick that will reveal if an open relationship could be great for you and your partner. However, there are various tip-offs that can indicate if your relationship would thrive or crumble after opening it up. To help you figure out where you fall, we reached out to experts in ethical non-monogamy (as in being non-monogamous without being an asshole). Here are the signs they say can hint at when it might and might not make sense to consider experimenting with an open relationship.

Here’s when it could make sense to have an open relationship.

As the founder of the educational platform Unscripted Relationships, Stephanie Webb, Ph.D., often gets the question, “How do I get my partner to agree to an open relationship?” That’s completely the wrong way to go about opening up a relationship, says Webb.

“You don’t ‘get’ them to,” Webb, whose Ph.D. is in communication with a focus on nontraditional relationships and who has personally practiced ethical non-monogamy for over a decade, tells SELF. That kind of phrasing implies that one partner is interested in an open relationship and trying to bend the other’s will, which definitely isn’t a healthy relationship dynamic for introducing non-monogamy (or just in general).

“Many people do not want to be in an open relationship and forcing a [partner] is not a way to approach it at all,” Webb says. “Instead the interest can be raised, but not pushed. If the [partner] draws a line and wants monogamy because that is what was initially expected in the relationship, it should be respected or the relationship should end.”

“Fears and insecurities about a new type of relationship style are typical,” board-certified clinical sexologist Rhoda Lipscomb, Ph.D., tells SELF. Experiencing these emotions at the thought of opening up a relationship doesn’t automatically mean it’s not a good idea. “This can actually help the couple so long as they are able to communicate well about what the fears mean and move forward at a pace that works for both of them,” Lipscomb says. That brings us to our next point.

2. You’re ready to communicate your ass off.

A healthy open relationship does not start after a single talk. “Opening a relationship takes so much time and work,” Webb says. Properly navigating this new terrain requires a series of ongoing conversations where you and your partner discuss what you’re looking to get out of the new relationship dynamic along with any rules you need to follow to make that happen.

Perhaps in order for you both to feel fulfilled and safe in your open relationship, neither of you can have sleepovers, play with friends, tell each other details of your trysts, have sex with other people without protection, or have sex with others inside your shared home.

3. Your relationship currently stands on a foundation of honesty and trust.

Every expert quoted in this piece made one thing abundantly clear: Successful open relationships can require even more honesty and confidence in your partner than monogamous ones.

When a couple has this foundation, it’s a lot harder for non-monogamy to harm their bond, Lipscomb says. But without that trust or ability to be completely truthful, it’s much easier for an open relationship to exacerbate your relationship issues or create new ones. For instance, if you don’t trust your partner as much as possible, will you believe them when they say they’ll always use protection? If you feel like you can’t be honest with them, will you be able to share what about an open relationship makes you feel most vulnerable—which is the only real way you can get reassurance for those fears?

It’s necessary that both of you feel comfortable discussing questions and concerns you might have even if you’re a little nervous. Otherwise, your open relationship could implode pretty quickly.

4. You and your partner have mismatched libidos or kinks.

“Some folks have a partner who is uninterested in having a sexual relationship but still desires an emotional connection,” clinical psychologist and American Association of Sexuality Educators, Counselors and Therapists–certified sex therapist Kelifern Pomeranz, Psy.D., tells SELF. This may happen when one partner falls on the asexual spectrum, is taking medication that stunts their libido, is too stressed from work to want much sex, or for any number of other valid reasons. On a similar note if one of you is all about a certain kink and the other has absolutely no interest, allowing one partner to practice that kink with others might offer a solution.

Of course these types of situations still require honesty, trust, and thorough communication. Those are nonnegotiable in any good relationship, especially open ones.

5. You’re in a mixed-orientation relationship.

Let’s say you’ve realized you’re bisexual while in a committed relationship with someone of the opposite sex. You may want to explore your attraction to the same sex but deeply love your partner and don’t want to break up.

Couples in this spot sometimes incorporate their differing sexual orientations when hammering out open relationship rules, Pomeranz says, like agreeing that one person can feel free to hook up with people of their own sex, but not of their partner’s. 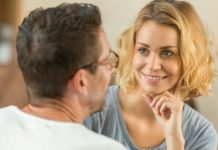 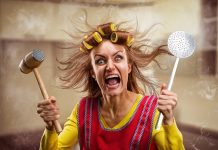 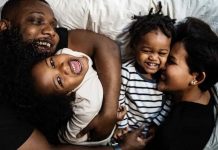 Can veggies help you lose weight?

Is Rose Water Good for Your Skin?

13 Japan Travel Tips That Will Make You Feel Smart

10 good reasons to wait for sex