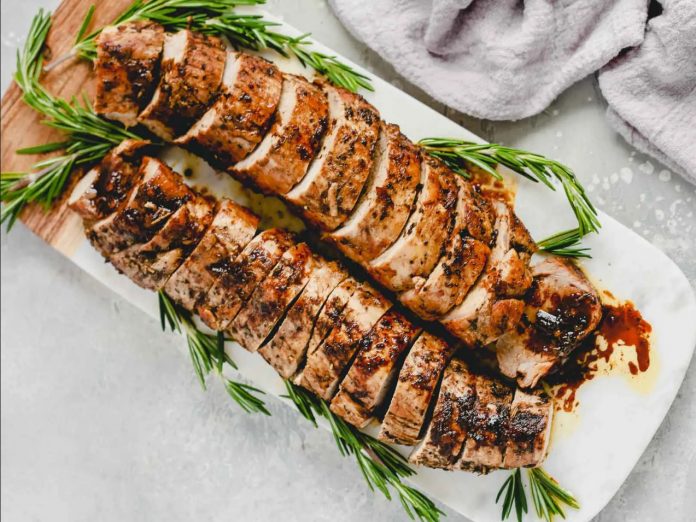 The thing about pork tenderloin is that it only sounds fancy. While the tasty cut is indeed often found on four-star restaurant menus, pork tenderloin recipes are actually some of the least intimidating meals people can make at home—no less accessible or convenient than chicken.

“I enjoy cooking with pork tenderloin because it is very easy to find—most retailers offer a wide selection, including pre-seasoned or flavored cuts,” as well as budget-friendly two-tenderloin packages, Cara Harbstreet, M.S. R.D. L.D., of Street Smart Nutrition, tells SELF.

Pork tenderloin is as versatile as it is affordable. “Although it’s lean, it’s a tender cut of meat—hence the name—and can handle a variety of cooking methods,” Harbstreet says. “Grilling, roasting, slow cooking, pan roasting—there is little risk of becoming bored with the same familiar preparations over and over.”

The one thing to be careful of when cooking pork tenderloins is overcooking, which risks drying out the meat due to the lack of fat. You’ll notice that a lot of recipes here recommend marinating the meat (for anywhere from an hour to a day), which helps infuse it with extra moisture as well as flavor. (Always cook pork to an internal temperature of 145 degrees Fahrenheit and rest the meat for three minutes, per the USDA.) Read more tips for juicy pork loin here.

Marinated or not, pork tenderloins are a great centerpiece for a satisfying, balanced meal. “If you prefer the traditional center-of-the-plate type of meal, pork tenderloin can be the star of the show,” Harbstreet says. “Using it as a base for building a complete meal is easy, as it pairs so easily with other ingredients like vegetables, grains or starches, and seasonings.”

Miraculous Benefits of Skipping Rope Exercise For Your Body

Could Tea Help You Lose Weight?

8 Throw-Together Trader Joe’s Meals I Swear By When I’m Busy...