Pregnancy is something that brings an overwhelming experience to the expecting parents. But, at times, science surprises us with a condition called pseudocyesis or false pregnancy where a woman feels every symptom of being pregnant yet is actually not pregnant. This is one of the most gripping cases of psychological depression wherein a woman’s brain and body tricks her to have conceived while she’s not. In fact, history has an interesting example in Mary Tudor, the first Queen of England, who suffered phantom pregnancy more than once in her lifetime.

What happens when someone is false pregnant?

Pseudocyesis typically mimics every symptom of pregnancy including nausea, vomiting, breast tenderness, enlarged belly, weight gain, tiredness, etc. In certain cases, it is claimed that the woman can actually feel the fetus’s movements. But, the worrisome issue here is that it is merely a medical condition that forces a woman’s brain and body to believe that she is pregnant.

Why does this occur?

A lot of reasons might contribute to this. The fondness towards bearing a child, depression, and infertility are some of the causes that puts a woman in such a medical condition. There are instances where women refuse to believe that their pregnancy isn’t true putting them into further depression.

How can a phantom pregnancy be detected?

The only way to confirm a pregnancy is through a medical examination. Though most of the home-based pregnancy kits do a great job in detecting if a woman has conceived or not, cases like phantom pregnancy demand medical examination. Doctors usually suggest urine tests and ultrasound to rule out actual pregnancy. While physical symptoms such as acquiring a baby bump might give the notion of being conceived, medical tests are the only way to figure out the reason behind such symptoms.

What is the treatment?

Psychiatric therapy and support groups are of great help to make a woman realize that she is falsely pregnant and to bring her out of the depressing thoughts. Apart from this, doctors also diagnose if there are other medical illnesses such as cancer that might have mimicked as pregnancy.

Pseudocyesis does exist but has become rare compared to the olden days. So, if at all you witness someone suffering from a situation like this, make sure they get the medical attention they require at the earliest. 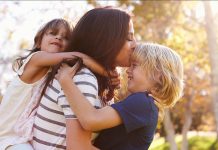 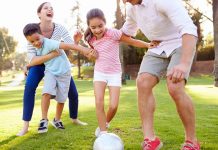 Here Are the 6 Most Popular Dinner Combos in the U.S.

Home Remedies If You Sweat A Lot

If Trump wants to be seen as a wartime president he...

Do you know about Anemia during Pregnancy?