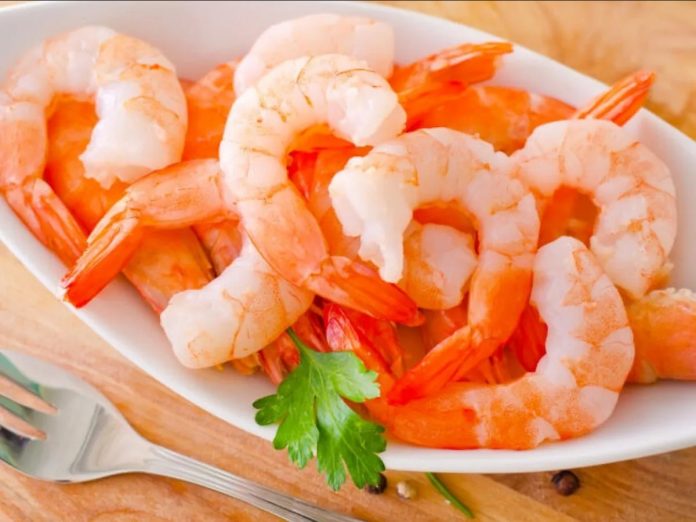 Shrimp is one of the most delicious seafood, which is enjoyed in almost every part of the world. Besides having an amazing taste, shrimp has a high protein content and low saturated fat (unhealthy fat) content.

Shrimp is a good source of selenium, omega-3 fatty acids, vitamin B12 and astaxanthin, a natural and powerful antioxidant. It is a versatile food ingredient that can be added to stir-fried dishes, salads, pastas, soups and curries.

Shrimp and prawn are the two terms that are often used interchangeably in commercial fisheries. It is commonly eaten in different regions of the world such as North America, South America, Central America, Africa, the Middle East Asia, the Mediterranean, Africa, Australia and Europe. Different varieties of shrimp are available in different regions. There are more than 100 varieties of shrimp found in fresh as well as salt water, some of them include:

Shrimp is loaded with an array of key nutrients such as vitamin A, vitamin D, vitamin B12, vitamin B3, protein, selenium, carotenoids, copper, calcium, magnesium, iron, zinc, omega-3 fat and astaxanthin (antioxidant). Shrimp is an excellent source of good quality protein and minerals. Besides this shrimp has a low caloric count and can be useful in weight loss if it is paired with other healthy foods.

The amazing health benefits of shrimp can include the following:

The minerals found in shrimp can also contribute to the health of our hair! A deficiency of zinc may cause hair loss. Zinc plays a key role in maintaining and creating new cells, including hair and skin cells, so for those who are beginning to lose their hair, or at least are seeing a decrease in hair growth, it can work against that embarrassing reality, keeping you looking younger for longer!

Fermented shrimp paste, which is a popular manipulation of the food, contains a fibrinolytic enzyme that can be used for thrombolytic therapy. Thrombolytic therapy is a way of breaking up dangerous blood clots within a person’s blood vessels. This enzyme found in shrimp paste can be a powerful tool against the dangers of cardiovascular disease, which afflicts so many people throughout the world. Also, the high levels of omega-3 fatty acid found in it eliminate damaging cholesterol in the bloodstream, which can further reduce the chance of heart attacks and strokes.

Shrimp have high levels of iron, which is a key mineral component in the bonding process with oxygen in hemoglobin. With additional iron in the system, oxygen flow to the muscles increases and provides strength and endurance. Increased oxygen flow to the brain, improves comprehension, memory, and concentration. Studies suggest that astaxanthin found in shrimp may help in improving memory performance, survival of brain cells, and reducing the risk of brain inflammatory diseases.

Basically, you can raise your test scores and improve your workout regimen at the same time by including shrimp in your diet!

Not all cholesterol is equal. Shrimp is a source of the beneficial type of cholesterol, omega-3 fatty acids. These may balance out the well-studied negative effects of omega-6 fatty acids, and aid in the alleviation of menstrual cramps for women, as well as promote healthier blood flow to the reproductive organs by reducing other damaging forms of cholesterol in the bloodstream.

AMD is a disease which involves deterioration of the macula of the eye. This further blurs the vision and may even lead to vision loss. Research has found that shrimp contains a compound which helps in the treatment of AMD. Astaxanthin lowers free radicals and relieves eye fatigue too.

Research has found that carotenoids and PUFA (Polyunsaturated Fatty Acids) present in shrimp exhibit anti-cancer properties. Astaxanthin is a very important carotenoid present in shrimp that possesses antioxidant properties. It kills the cancer cells and prevent it’s spread to other parts of the body also enhances the effect of chemotherapy and helps in the treatment of cancer. It reduces the level oxidative stress and inflammation too which are otherwise very high during cancer.

PUFA also reduces the production of free radicals and reduce the risk of developing tumor. Thus, shrimp can be useful in the treatment and management of cancer.

Why Hair Fall In Rainy Season

5 Signs an Open Relationship Could Be Right for You (and...