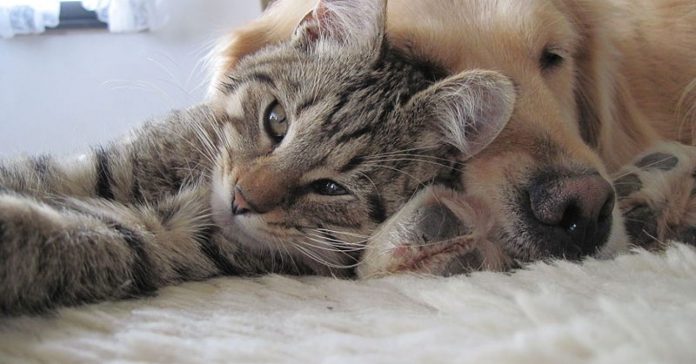 Dogs and cats are sworn enemies, at least in the movies and in our common stereotypes. But are they really? Most people I know who have both a cat and a dog say that their animals get along pretty well together. One friend has a dog and cat who are best friends and spend hours in rough and tumble play before curling up next to each other and taking a long nap. In our house, the dog-cat relationship is one of mutual tolerance and friendly avoidance. Every now and then, Lovie the cat will walk within an inch of Bella the dog’s nose, or Bella will sniff Lovie’s butt. Mostly, though, they ignore each other, while living peacefully side by side. When my daughter’s dog Poppy comes over, however, all hell breaks loose, and Lovie takes for the hills. Lovie does not like Poppy. Poppy moves too fast and is too curious (at least this is why, in my reckoning, Lovie disapproves of Poppy). The feeling seems to be one-sided. Poppy would very much like to interact with Lovie, but the cat has absolutely no interest in becoming friends.

Given how many households host both a dog and a cat, it is perhaps surprising that more research hasn’t been conducted on how dogs and cats get along and what factors might influence whether relations are peaceable. Why do Lovie and Bella feel comfortable around each other, while Lovie and Poppy can’t be in the same room?

A new study forthcoming in the Journal of Veterinary Behavior offers a few clues to the mysteries of dog-cat relations. Through a survey of mixed-species homes, researchers Jessica Thompson, Sophie Hall, and Daniel Mills try to assess the dog-cat relationship, as it is perceived by pet owners, and also try to unravel some of the variables that might influence whether dogs and cats get along.

A majority of pet owners surveyed believe that their dog and cat live amicably. An amicable relationship is defined, by the authors of the study, as one “with a friendly, mutual bond, which is recognizable through the use of affiliative behaviors, maintaining proximity and effective, non-aggressive communication between individuals.” Nonetheless, very few respondents scored their dog-cat relationship as close.

Other observations of dog and cat relationships included:

Cats were more likely to threaten dogs, while observations of dogs threatening cats were rare.

Sharing of food, toys, or beds was infrequent.
Although cats and dogs sometimes groomed each other, this behavior was infrequently observed.
In terms of which factors seemed to influence the success of a dog-cat relationship in a home, the authors offer a few tentative findings. Early age at exposure was important for both dogs and cats; this was especially true for cats who were comfortable with dogs — they had been introduced to dogs while very young. The cat being first to arrive in the household also seemed to lead to greater comfort on the part of the cat. Indoor cats showed higher levels of amicability with dogs than outdoor cats. Gender and neuter status did not appear to be a significant variable.

The authors of the study speculate about why cats seem to have a somewhat harder time co-housing than dogs, and offer a few hypotheses. One explanation may be that “at both a physiological and behavioral level cats are at an earlier stage of domestication than dogs,” and that this may make them less able to feel comfortable around other species. Another explanation may be that because cats are generally smaller than dogs, they are seen by owners as more vulnerable. Owners may be more willing to accept agonistic behavior from a cat toward a dog, since a dog is unlikely to be seriously injured by a cat.

The research findings in this study are interesting, but the most important point made by the authors is how little we know about dog-cat relationships. Although owner observations are certainly useful, they are also problematic. The survey questions were phrased in general terms such as “Is the cat comfortable in the dog’s presence?” and are open to different interpretations, depending on how observant an owner is, and what he or she takes “comfortable” to mean. Signs of stress in dogs and cats are often overlooked by owners, so reports of “comfortable” need to be read with caution.

Surely this is a crucial area for further research, with implications for a great number of companion animals. We don’t know exactly how many households have both a cat and a dog. One small UK survey found that 7 percent of households have both species. Taking this percentage as a rough benchmark, we can assume that several million cats and dogs are living together in homes, at the very least. Understanding how these relationships are working for both parties is important for ensuring good quality of life and keeping levels of stress to a minimum for both cats and dogs. 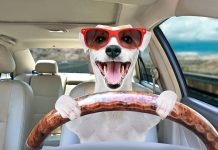 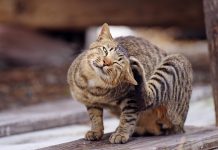 Your pets can catch Covid from you, and cats appear more susceptible than dogs 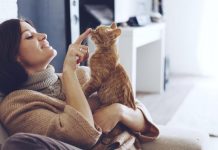 How to Tell If Your Cat Has Separation Anxiety

Does Toothpaste on Pimples Really Work?

Why Your Body Needs More Water?

People who spend time in aquariums could improve their physical and...