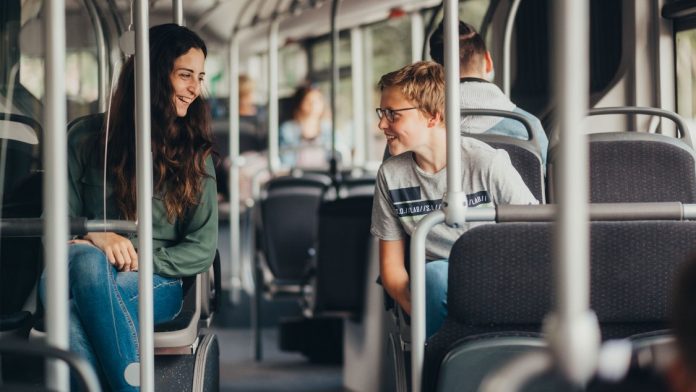 Apart from the obvious precautions, what can you do to reduce your risk of catching or spreading the coronavirus on public transport?

On the London Underground, the smartest commuters know hidden tricks to get from A to B. In the walking tunnels between station platforms, for example, non-signposted routes can offer shortcuts. And if you pick certain carriages, they’ll deposit you exactly by the platform exit at your destination so you can zip ahead of the crowds.

Navigating public transport during the pandemic, however, is something that even the most experienced commuter has never faced before. Getting around quickly now feels much less important than getting around safely.

During the pandemic, public transport usage has plummeted. In London, buses in late August were running with just over half the number of travellers typical for this time of year, and the Tube carried only a third. But as lockdowns lift and offices reopen for many nations, many commuters are tentatively returning to trains, buses and subways.

The benefits of a 20-second handwash

‘What I learnt in Oxford’s vaccine trial’

So, how might a savvy passenger reduce their risk? There are of course essential things you should do – wear a mask, avoid rush hours if you can, and follow physical distancing guidance in stations and onboard. Following local public health advice is the most important thing, and will reduce your risk significantly. (Read more about how a face mask can help control Covid-19.)

But there are also less obvious measures that are worth knowing. Insights from transport research and passenger psychology can provide clues – as well as pointing to changes in how we will get around in the months ahead.

With a respiratory disease like Covid-19, the more people breathing, coughing and talking into the same air as you in a confined space, the more chance there is of being infected by the virus.

If you can cycle, walk or ride a scooter outside to get to work, that’s your best option as there is more space to keep your distance from others.

Cars are obviously personally safer too, provided you stick to travelling with those in your own household. But if everyone drives it will lead to a “tragedy of the commons” effect of more traffic, and greater environmental cost, so it’s difficult to recommend as a socially responsible choice. “Cars are very inefficient in using the urban infrastructure. If we all move in a car, nobody moves,” says Carlo Ratti, director of the Senseable City Lab at MIT in Cambridge, Massachusetts.

If travelling by train, bus and subway, one factor to consider when plotting your route is how well your method of transport is ventilated, according to Nick Tyler, a transport researcher at University College London, who has modelled the way that the virus propagates through buses. “Outside, in the open air, droplets are dissipated in the air and the wind,” he explains. “Once we’re inside, you get much less movement.”

Designs differ, but the more windows the better. For this reason, a deep subway is more difficult to ventilate than a train or bus at the surface. According to a 2018 study by Lara Gosce at University College London, people who used the London underground regularly were more likely to suffer flu-like symptoms than those that didn’t.

Generally, public transport ventilation systems are less effective than those on aeroplanes. The air in planes is recirculated through sophisticated HEPA (High Efficiency Particulate Air) filters every few minutes, which should screen out most viral particles. “Aircraft ventilation gets a very bad press in many ways. It’s actually one of the best systems you can find,” says Tyler. And unlike many trains and buses, the air flow travels directly from the ceiling to the floor. This means that droplets will be pushed to the ground, away from hands and faces, more rapidly.

A New York subway car, by contrast, pushes air horizontally, and uses filters with a lower performance than planes, rated seven out of a scale of 20 in terms of screening efficiency. (You can dive deeper into the technical specs of filters in this interactive guide to the ventilation system on the NYC subway, which also shows the path of viral particles through the carriage.)

When assessing your chosen form of transport, it is worth considering how much talking goes on inside – and how loudly.

Noisy environments, where people must lean in and shout to be heard, are higher risk than quieter spaces. It’s thought to be one of the reasons why nightclubs, bars or meat-packing plants have experienced high levels of contagion.

So, a cacophonous train carriage with singing sports fans would therefore pose more risk than a bus of silent commuters reading their phones.

Where to choose a seat

It’s an often-quoted piece of New Yorker wisdom: “never get on an empty subway car”. The implication is that you don’t want to find why everyone has shunned that carriage – at best, a bad smell; at worst, you might get assaulted.

That advice will still hold for many – if you are a woman travelling at night, for example – but in the pandemic, avoiding crowds of fellow travellers is prudent if you can.

In addition to encouraging masks, many transport authorities have introduced signs and stickers that remind people to physically distance with their seat choice, but are there any other things to know about which seats to choose or avoid?

A recent Chinese study looked at how seating proximity affected transmission risk on trains. By tracing the journeys and seating of more than 2,000 people carrying the virus on China’s high-speed train network between December 2019 and March 2020, they were able to see how the virus had moved between people.

Sitting in the same row, especially adjacent, carried the highest risk in this particular setting. It seems that the backrests between rows on the train type they looked at – a high-speed Chinese intercity train – may have provided something of a barrier. People sitting on the same row on an intercity journey may also have needed to pass each other at close quarters to visit the toilet or refreshments. (Importantly, though, the researchers couldn’t rule out that transmission on rows was higher because people sitting adjacent are more likely to be family and friends, already in close contact.)

By tracing more than 2,000 people carrying the virus on China’s high-speed train network, they were able to see how the virus had moved between people

Longer journeys, perhaps unsurprisingly, increased the risk, even for those sitting a couple of rows away. After two hours, a distance of less than 2.5m, without a mask, was insufficient to prevent transmission, the researchers found. Somewhat reassuringly though, using the same seat previously held by a coronavirus carrier did not significantly increase risk of catching the virus.

A study on subway passenger behaviour in NYC suggests that people standing are more likely to hold on to vertical poles than other handholds, such as straps and ball-and-spring devices. Perhaps worth knowing if you want to avoid touching the most handled surfaces. Although the virus is thought to mainly be transmitted through the fine spray of aerosols and droplets we produce when we talk, breathe and cough, it can also be spread when we touch surfaces that have become contaminated with the virus and then put our fingers near our mouth or nose.

The researchers behind the subway study also found that New Yorkers deciding to stand were more likely to linger closer to the doors than elsewhere in the carriage, because of proximity to the exit, partitions to lean against, and the opportunity to avoid eye contact with seated passengers. So, lingering by the doors may have mixed benefits – it may be the among the best ventilated spaces, but also the busiest.

Intriguingly, men were more likely to stand than women as carriages get busier. Perhaps it’s old-fashioned social courtesy, or perhaps men simply prefer being on their feet. Yet if you consider the studies showing that men wash their hands less often than women, you may conclude it’s better not to share a pole with a man who is more likely to have dirty palms. (Read more about the relative risks of catching the coronavirus from touching surfaces.)

While travelling regularly on public transport will involve a change in risk for individuals, at the moment it’s not clear exactly how much. There is some cause for optimism as Christina Goldbaum recently reported for the New York Times: contract-tracing in Japan, France and Austria found no links between outbreaks and public transport networks.

Some mathematical models also suggest that well-ventilated public transport with common mask use is less risky than some other indoor environments such as a busy, stuffy bar. It’s possible that short transit times, ventilation and the lack of talking among individual commuters (meaning fewer droplets) all help. But more evidence is needed.

What’s clear is that returning to pre-pandemic ways simply won’t work, at least for the foreseeable future. Buses in London, for example, have been capped at 30% carrying capacity, so if every bus rider returned to their office now, you’d need 2-3 times more buses running in rush hour to maintain social distancing, or people would face delays. And even when they arrived, a skyscraper worker might have to wait in a long line for the socially-distanced elevator, says Tyler.

Perhaps we should see this as an opportunity to rethink travel. “During times of change it is important to allow for experimentation in cities,” says Ratti. “That ability to test something, see if it works and transform the city is something that we should preserve in the post-Covid-19 world.”

So, while there are short-term ways to reduce your risk on public transport, a bigger question to ask ourselves is whether it’s time to reassess how and when we get from A to B. What will city commuting look like after a year or two of focusing on safety, not capacity or speed? It’s unknown, but for now, all we can do as travellers as hang on to something firm, and hope we arrive at a better destination. 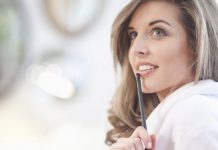 That Will Get You Through Even the Toughest DaySome days, nothing seems to go right, no matter how hard you try. 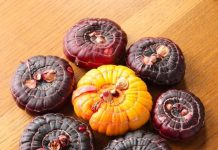 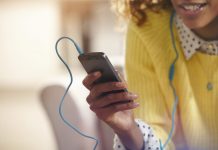 What Does the Glow Skin Trend Mean for Beauty Brands?

How to Prepare Perfect Elachi faluda

Iron Deficiency, Immunity And 4 Other Reasons Why Vitamin C Is...