About a month and a half after I wrote about bitcoin legitimacy, CompTIA SmartBrief ran this headline: “PayPal shows more signs of entering cryptoindustry.” Apparently, PayPal is looking at embracing cryptocurrency within the next few months.

PayPal is a household name in the payments industry, and so is Visa, which recently announced:

“Visa has been working closely with licensed and regulated digital currency platforms like Coinbase and Fold to provide a bridge between digital currencies and our existing global network of 61 million merchants. Around the world, more than 25 digital currency wallets have linked their services to Visa, giving users an easy way to spend from their digital currency balance using a Visa debit or prepaid credential — anywhere Visa is accepted.”

Mastercard made a similar announcement in their shift toward embracing cryptocurrencies:

“Mastercard [on July 20] announced the expansion of its cryptocurrency program, making it simpler and faster for partners to bring secure, compliant payment cards to market. Supercharging the partnership experience, cryptocurrency and crypto card partners are invited to join Mastercard’s Accelerate program2 for emerging brands and fintechs, giving them access to everything they need to grow quickly.”

Visa and Mastercard are popular payment options. The two companies are present in every country on this notable list, in addition to 9 million US businesses. It is not outlandish to believe that bitcoin ATMs supported by these larger companies may soon be a reality.

Allowing a customer to use their Visa card to pay for an order with bitcoin is a big deal for those who already have embraced the digital currency both nationally and internationally. Among the top five countries (Turkey, Brazil, Colombia, Argentina and South Africa), bitcoin adopters total more than 79 million people.

Companies such as Square and Cash App have been operating in the cryptocurrency space for years, meaning that credit card companies are relatively late in terms of accepting bitcoin and other cryptocurrencies.

London-based Revolut, which began offering cryptocurrency to users following a 2017 partnership with Bitstamp, raised $500 million in February, valuing the platform at $5.5 billion. Robinhood, the fintech app thought to be fueling the recent retail boom in equities day trading, first offered crypto in February 2018.

What are the incentives for businesses to accept bitcoin?
In the abstract, it’s good for a business to accept any payment method that banks and other vendors accept. When customers check out online, they often see icons for several payment options: Visa, Mastercard, Discover, American Express, PayPal, Amazon and others, depending on the vendor.

For bitcoin specifically, the incentive of a lower transaction fee can be lucrative. Of the major credit cards, “Mastercard generally charges between 1.55% and 2.6% per transaction, while American Express charges 2.5% to 3.5%. Visa and Discover are about on par with Mastercard, charging 1.43% to 2.4%, and 1.56% to 2.3%, respectively.”

Cryptocurrencies, at least in their current forms, seem to have the upper hand in terms of transaction fees.

“Cryptocurrency helps you to avoid all the annoying bank fees typically associated with monetary transactions. Get away from overdraft fees, transfer fees, foreign transaction fees, and all other fees that go along with everyday bank business.

Moreover, including a bitcoin payment system on your online store could become an even better investment over time.

“According to data from crypto analytics website BitInfoCharts, from May 20 until June 14, Bitcoin (BTC) transaction fees decreased by 91% from $6.65 to $0.56.”

Transaction fees do fluctuate, meaning that if you’re out looking to buy a six-pack of soda and the bitcoin network is congested, you might want to use dollars instead of bitcoin. But at less-congested times, bitcoin’s transaction fee can make it a compelling option for saving a vendor money.

Again, when it’s what the customer wants to use, allowing the customer to use globally recognized currency to purchase goods and services is simply smart business.

Choose your payment-processing provider and open a bitcoin account.
Add your bank account information to avoid having your bitcoin transactions limited.
Choose your currency.
Enable bitcoin payments.
Decide how/when to cash out, or keep your bitcoin as-is for future payments.

Which online shopping websites accept bitcoin?
Many more businesses outside the online retail space are accepting bitcoin. With major credit card companies and banks embracing bitcoin (here are Bank of America and JP Morgan Chase doing so — the latter “has launched its own digital currency called the JPM Coin”), it’s clear that bitcoin is here to stay.

Bitcoin has been accepted by various merchants dating back at least six years, such as in health care by multiple organizations, by this cannabis vendor years ago and this beer vendor not so long ago.

If you’re thinking that this is evidence only of the counterculture embracing change while others wait for a fad to pass, Coca-Cola also has launched vending machines that accept bitcoin.

MIT had a vending machine that accepted bitcoin four years ago. Not to be outdone, Stanford University’s Department of Public Safety moved to bitcoin-only fine payments two years ago, though that appears to have changed since then.

Even in air travel, Norwegian Air is now taking bitcoin for its service. Perhaps you could fly Norwegian Air, booking with a bitcoin-friendly travel agency, to one of these cities with businesses that accept cryptocurrencies. To get to your destination, you could simply take an Uber, which allows users to spend bitcoins on rides.

For those wanting to use bitcoin without having to check a list of vendors, go to Amazon and use one of these methods. Many of the companies serving as conduits even find discounts on the products you buy.

More generous cryptocurrency adopters may choose to donate to these nonprofits and charities that also accept bitcoin. Cryptocurrencies can help members of the LGBTQ+ community “verify and protect their identities, especially in countries where they face repercussions.”

Starbucks, Nordstrom and Whole Foods will allow you to spend bitcoin online as well. You can even buy a Tesla or BMW with cryptocurrencies, and several dealerships or dealership locations will take your bitcoin.

Lastly, here is a virtual marketplace of products you can buy with bitcoin.

With all those payment-processing companies, banks, industry leaders and other businesses accepting cryptocurrency, it is not difficult to see why increasingly more companies are accepting bitcoin.

If you liked this article on why companies are accepting bitcoin, sign up for SmartBrief on Cybersecurity or SmartBrief for CFOs to receive more quality news content 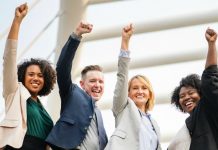 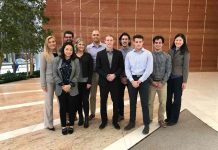 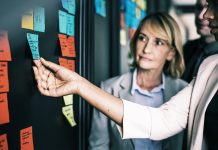 Why do nosebleeds happen and how to stop them at home...

Mountain beauties who are making it big in Bollywood

The Right Way to Power Nap