At every instance, there is a beat, a rhythm, a note that surrounds us – it’s the music of the world. Sure, we now have structured genres and styles, but at the core of it all is world music, and that’s the philosophy with which June 21 is celebrated as Fête de la Musique, or as it is more popularly known World Music Day.

This is a day when the world tunes in together to celebrate the magical gift of music. There are a couple of theories as to how the day came to be celebrated as a cultural phenomenon across the world, but the most popular schools of thought are connected to France and the summer solstice (the longest day of the year). According to one theory, it was France-based American artist Joel Cohen who first proposed all-night music festivity to mark the summer solstice back in 1976. Since then, the idea has spread and World Music Day is now celebrated across many countries.

Another theory germinates from France as well, involving the French minister of culture in 1982, Jack Lang, who was very impressed with the findings of study stating the positive impact that music could have on people, and the fact that five million people, one child out of two, played a musical instrument. It was the same year that he started the Fête de la Musique, which was a way to bring people out on the streets and celebrate music

Since then, the festival has become a worldwide phenomenon,and is reportedly celebrated across 120 countries, including China, India, Germany, Italy, Greece, Russia, Australia, Peru, Brazil, Ecuador, Mexico, Canada, the US and Japan.

Going by the principle that prompted Lang to interpret music not only as entertainment but as a means for holistic development of the human mind and soul, we look at music in a therapeutic form as well, recognising it as a way to heal. Here are 10 ways how music therapy works:

* It improves the quality of life for patients who suffer memory loss: The ability to engage with music remains intact much after a person is diagnosed with Alzheimer’s or dementia, which is why music therapy and association is often used to recall memories, reduce anger, improve communication skills and even physical coordination.

* Reduces side effects of cancer therapy:
Listening to music apparently reduces anxiety associated with chemotherapy and radiotherapy. It can also suppress nausea and vomiting for patients receiving chemotherapy.

* Helps restore lost speech: There have been known cases where music therapy has helped people recovering from a traumatic brain injury. In cases where the speech has been affected, which is controlled by the left-brain region, it has been found that singing (which is connected to the right brain) can help people work around the injury to the left side of the brain. So, people can start by first singing their thoughts, to eventually dropping the melody.

* Music helps alleviate your mood: Have you ever listened to a piece of music and smiled? Whether from the music itself or from, music taps into our emotional systems. Many people use this in a “therapeutic” way, listening to certain music that makes them feel a certain way. The ability for music to easily access our emotions is very beneficial for music therapists, reports the brainHQ.

* Music enhances learning: Do you remember learning your first alphabets? Most of us learned them with the help of a song. The inherent structure and the emotional pull of music makes it an easy tool for teaching kids new ideas and concepts, says a brainHQ report.

* Singing together brings us together: Music is often related to a social activity that helps bringing people from different parts of the world together and enjoy that particular moment. “It also depicts that people like to be in sync with each other”, says a PSYBLOG report.

* Music can affect your judgement: According to a report, music can also affect the way people feel about a situation or about others, thereby impacting the way they judge.

* Improves attention: Depending on the kind of music you’re listening to, it has been found that music can grab and hold the attention of the listener. This helps us improve our basic skills we need to function and succeed.

* Can be motivating: There are some people who really enjoy music and uplifting music (think the Top Gun theme song) can help motivate people, and even increase productivity level. 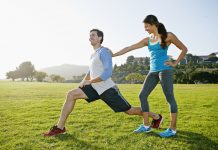 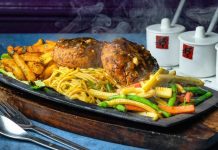 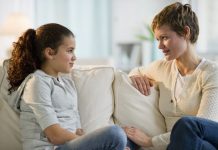 Tips for Talking with Kids about Puberty & Periods

What is a Healthy Relationship?

Let’s Wash Off The Virus!

Should you take a break from exercise?

Foods that could cause Acne Breakout

Why Community Management Matters For Your Business (And How to Do...