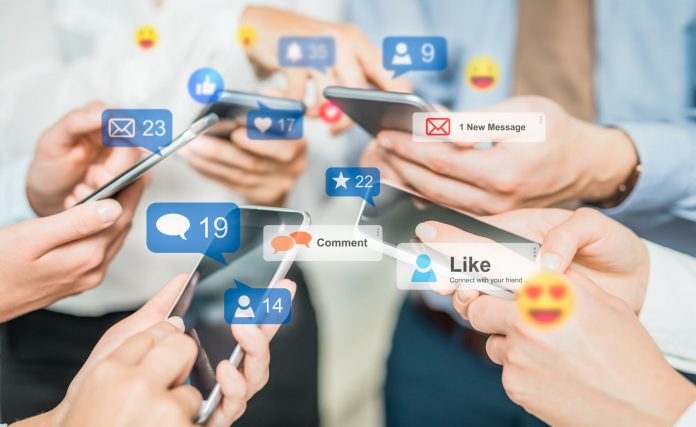 Social media is, arguably, one of the most exciting developments in recent history. It helps families and friends stay connected, offers a useful tool to look back on positive memories, and even helps those who are struggling find support among strangers. However, while there are many benefits of social media, there are also many negative effects of social media that you need to be aware of.

The occasional post on Twitter or a few minutes scrolling through your Facebook feed can be a relaxing addition to your day. However, when you feel the need to post every ten minutes, check any and all updates during your break times at work, and feel that your life isn’t living up to those you see on your friends’ pages, it has become detrimental to your mental health.

As much as you may love your Instagram followers, is there adoration really worth the toll it takes on your mental and physical health? That’s for you to decide after you read about some of the negative effects of social media.

1. Reduces Face-to-Face InteractionWhen you are on social media more often, not only do you spend less quality time with people who are physically present in your life, but they will quickly get annoyed when you’re mindlessly scrolling through social media platforms instead of paying attention to them.
Social media can be great for finding support when you aren’t able to interact face-to-face with those around you, but being physically present with someone offers a level of comfort and support that social media will never be able to rival.

When we speak with someone face-to-face, non-verbal cues are just as important as what we’re saying. On social media, non-verbal cues are eliminated, making communication more complicated and causing misunderstandings, even between the best of friends.
The best thing you can do (when possible) is to put down your phone and go out with friends or family.

2. Increases Cravings for AttentionIf you’re wondering why social media is bad, the cravings for attention it causes is one big reason. Posting vague statuses on Facebook to grab others attention could easily become a nasty habit for people who use social media frequently. The never ending competition for likes and notifications can consume you.
The need for the type of attention known as belonging is a natural human phenomenon. It developed as a way to survive in groups. According to Dr. Geoff MacDonald, a psychologist at the University of Toronto, “Attention is one of the most valuable resources in existence for social animals.” It ensures that we have a safe place to land if we ever need it.
Unfortunately, social media sites, such as Facebook and YouTube, have taken this need for attention to the extreme by allowing us to request attention at any given moment by posting updates and photos. Unfortunately, as MacDonald points out, “When you present a curated version of yourself to the world, any approval that you get is not for your full and whole self.”
On social media, we are getting attention for being a constructed version of ourselves, not our genuine selves. This leaves us receiving lots of attention and yet feeling more lonely and isolated than before, creating many negative effects of social media in our lives.

3. Distracts From Life GoalsIt’s so easy to get wrapped up in what’s going on in social media that people will neglect their real life goals. Instead of aiming for the dream job by obtaining useful skills, people tend to strive for internet stardom.
Achieving goals takes hard work and a good deal of motivation. Social media allows an easy outlet to distract us when we don’t feel like putting in the hard work, and we can end up going down a path where we simply don’t get things done because it becomes too easy to find a distraction.

4. Can Lead to a Higher Risk of DepressionAccording to recent studies, the more people use social media, the more negative feelings they experience, including depression. This could be particularly harmful to people who have been previously diagnosed with anxiety and depression.

It has been suggested that these negative feelings and depressive symptoms come from increased social comparisons and a lack of social interaction caused by spending more time on social media. If you’re beginning to notice that you’re feeling down on a regular basis, recognize that this is one of the negative effects of social media and that it’s probably time to take a break.

5. Relationships Are More Likely to FailNo good comes out of online displays of jealousy and snooping. It may seem like an easy option when it comes to dealing with relationships, but in reality, it does more damage than good. In fact, studies show that the more a person uses Facebook, the more likely they will be to monitor their partner, which leads to arguments and crumbling relationships.
If you genuinely value your relationship, stop constantly checking your Facebook, and plan a date night out—and maybe leave your phones at home.

6. Stunts CreativityI can speak from personal experience that social media is the easiest way to stunt, or even kill, the creative process. Surfing social media sites has a numbing effect on the mind that is similar to mindlessly watching television.
Creativity often requires intense focus or a relatively clear, relaxed mind. Social media gets in the way of both. If you’re looking for a creative solution to a problem, try going for a walk, meditating, or even discussing the problem with a friend. All of these will provide better results than taking to social media.

7. Encountering CyberbulliesPeople feel too comfortable on the web and say things they wouldn’t normally say in real life. If you’re not the one saying horrible things, you’re still inevitably going to be exposed to it, which is one of the many negative effects of social media.
Cyberbullying, whether it’s directed at you or not, will lead to more negative thoughts and likely a more negative perspective on humanity as a whole. Getting out in the world and seeing the random acts of kindness that people offer in real life is the perfect antidote to this.

8. Social Comparison Reduces Self-EsteemIt’s easy to present a certain persona on social media. Many choose to post gorgeous vacation photos or a post about their new baby, but what you don’t see is all the messy stuff in between. As we only see the good stuff, it can lead to social comparison.

One study found that “participants who used Facebook most often had poorer trait self-esteem, and this was mediated by greater exposure to upward social comparisons on social media”. What this means is that when we see others’ lives that we deem to be better than ours, our self-esteem goes down.

If you’re still not clear on why social media is bad for mental health, the answer is that social media exacerbates the above problem by forcing us into constant social comparison, which will inevitably cause mental health problems and social anxiety, especially in young people.

9. Loss of SleepThe light emitted from your various screens tricks your mind into thinking it’s not time for you to sleep, which can cause one of the most common negative effects of social media: sleep deprivation. Getting enough sleep each night is already difficult enough without extra complications.

One study on teenagers found that those “heavier social media use was associated with poorer sleep patterns”. The same is often true for adults who come home, crash on the couch, and spend the rest of the evening surfing social media only to find that midnight has come and gone.

10. Lack of PrivacyBetween social media websites saving (and selling) your personal data and the whole NSA mess involving unsolicited government access of personal data[6], including email, Skype calls, and so much more, it’s very clear that privacy and the internet don’t mix well.

More and more, employers are taking to social media to review potential hires’ pages. Posting each and every thought could lead them to develop a negative perception, causing you to lose out on opportunities.

The Bottom  LineWhen used correctly and sparingly, social media can be a great way to connect with others when face-to-face interactions are impossible. However, it’s important to know about the negative effects of social media and to limit the time you spend in the digital world in order to avoid getting lost there. Try cutting back on your online time, and get out into the world again. 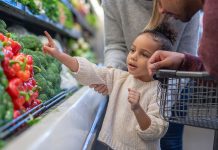 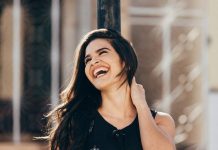 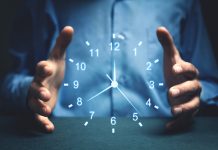 48 Life Skills Everyone Should Learn