Whether you’re a beginner exerciser or a longtime gymgoer, the push-up can be a seriously challenging move. It requires technique, upper-body strength, and total-body coordination. There’s also the intimidation factor—the name alone can conjure bad boot camp class experiences or memories from grade-school fitness tests.

If, like many folks, you struggle to perform push-ups correctly (perhaps, like yours truly, you avoid them altogether), there’s now a tool that can help: the Sling Shot Push Up.

This assisted movement device, created by American record-holding pro powerlifter Mark Bell, is part of the Sling Shot product line that was originally created for powerlifters and is now becoming more mainstream. The @mbslingshot Instagram account, the official account for all Sling Shot products, has more than 181K followers. Search #mbslingshot on Instagram and you’ll see more than 50,000 posts.
WATCH THIS
How I Stand Up to Migraines

Even Hollywood is taking note: Celebrity trainer Ashley Borden, whose clients have included Christina Aguilera and Chelsea Handler, among others, shared an Instagram Story over the weekend of a young client perfecting the push-up thanks to the help of Bell’s tool. “Love how these assist with push-ups,” Borden writes in the caption. “Thalia’s form is spot on!”

But how, exactly, does this giant rubber-band-like device assist with and improve your push-ups? And can anyone do a push-up by simply slipping it on? We chatted with a Sling Shot employee and an unaffiliated certified strength and conditioning specialist to learn more.

First, here’s a little history and context on this specialized device.

Through his years of powerlifting, Bell “constantly injured his pecs [the chest muscles],” Steven Granzella, elite powerlifter and general manager at Mark Bell’s Sling Shot, tells SELF. In an effort to prevent further damage to these muscles while also continuing to train, he invented the OG Sling Shot product in 2010, marketed as “a bench press accessory tool” to help lifters add weight to their bench press and reinforce proper technique, among other purposes. Today, there are four additional models of the Sling Shot geared toward slightly different goals, including the newest one—the Push Up—released in March 2018.

Compared to other Sling Shot products, which are designed to assist more experienced weightlifters, the Push Up tool requires zero prior skills or strength in order to use it, says Granzella. It can help someone that struggles with doing a single push-up, plus those who are already able to perform the move correctly, but want to increase the number of reps they can do at a time.

There are several ways that the tool can help you improve your push-up skills.

The primary benefit of this tool, says DiSalvo, is that it provides assistance in what is typically the hardest part of the push-up. “Most people in both the bench press and the push-up have the most trouble at the bottom of the movement,” says DiSalvo. (In the push-up, this is the moment when you’re closest to the floor and about to push yourself back up.) “They lose muscular tension and are mechanically weakest.”

The Sling Shot Push Up, as mentioned, assists users through this difficult portion of the move. As you lower, you load the tool with your bodyweight, essentially creating a rubber-band-like effect that “slingshots” you back to the start. The deeper you go into the movement, the more assistance you receive. Said assistance can then help users identify particular parts of the movement where they need to create and hold more tension.

“It almost self-coaches people into understanding, I have to create tension here, I’m losing tension here,” says DiSalvo. “Their body can audit in a safe way what the bottom of a push-up looks [and feels] like.”

Another big perk of this tool is that it reinforces proper push-up form, specifically, a safer elbow position. One of the biggest push-up mistakes people often make is flaring their elbows out too far as they lower, says DiSalvo. When you bring your elbows out too wide, you can place undue stress on your shoulders, wrists, and elbows. The push-up tool combats this by helping lock your elbows closer to your body. (Most trainers typically say the elbows should come out from the torso about 45 degrees for a regular push-up, though the exact angle may differ depending on your mechanics and what feels best for your shoulders.)

“As you start to descend into a push-up [while wearing the device], it is pretty much impossible to do this incorrectly,” says DiSalvo.

Lastly, the product can provide an important mental boost. As mentioned, push-ups can be intimidating, and this factor alone can make them even more difficult to perform. “I’ve had people who were strong enough to do a push-up, but for whatever reason, they couldn’t put coaching cues into practice, maybe because of a mental block,” says DiSalvo. Using the Sling Shot “locks them into place.”

The device is fairly simple to put on and use.

With the logo facing outward, slide the circles over your biceps one at a time, placing them a couple inches above each elbow. Note that depending on your arm size, the circles may feel tight or slightly loose—this variance doesn’t matter, explains Granzella. What does matter, when it comes to fit, is how the chest piece stretches across your body. If it’s too loose, you won’t get as much assistance at the bottom of the push-up; too tight, and you’ll experience too much tension. Check out the sizing chart on the product website to learn more about sizing.

From here, you’re ready to attempt a push-up.

Here’s how DiSalvo suggests using the Sling Shot Push Up:

If you are already able to do several unassisted push-ups in a row, DiSalvos recommends doing a set with the device, resting, and then trying a set without. Some people, he says, will notice an “immediate carryover effect” of improved form and ability when doing the move sans tool. From there, incorporate the tool into your training as an occasional supplement—not an every-single-time thing. “If you are trying to build up a lot of push-up strength, you want to program in unassisted push-ups too,” says DiSalvo. On that note, the better your push-up form becomes, the less you should use the tool, he adds.

That said, if you’ve already mastered the push-up, the product can be used to make the move more difficult. Just put it on with the chest strap stretching across your back and this will create resistance against your body as you push up, suggests DiSalvo. (FWIW, Panzella says the product wasn’t originally intended for this purpose, though he has seen people successfully use it this way. He recommends attempting this use under the guidance of a trainer and ensuring you have the proper size. If it’s too tight, it could pull your shoulder blades too far back.)

You can also use this tool to assist your bench presses and dips, says Granzella. Simply put it on as you would for a push-up and perform your bench press or dip as you normally would.

Lastly, though the tool, in general, is very safe—“We haven’t seen anyone get hurt using device, as long as they put it on correctly,” says Granzella—as with any type of movement, if you start to feel any pain, especially if it’s in your joints, stop what you’re doing, says DiSalvo.

The bottom line: Push-ups can be challenging both physically and mentally, and this tool, as odd as it may look, can help on both counts. 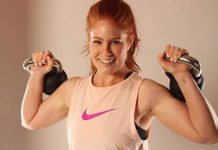 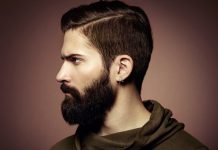 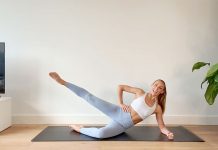 What Is Pilates Workout?

Ukraine is the country of beautiful girls

9 benefits of almonds for skin, hair and face

How Do You Say “Beautiful” in French

Does over-eating fruits cause weight gain?