“Acne is the most common skin condition in the U.S., affecting over 95 percent of Americans at some point in their lives,” says Shari Marchbein, MD, a dermatologist in New York City. In fact, 50 percent of 20-year-olds, 30 percent of 30- year-olds, and 25 percent of 40-year-old women still experience acne, according to Dr. Marchbein. Those stats may sound defeating, but there’s a silver lining: Because the condition has become more prevalent, there are more research studies on the various types of acne and more treatment options than ever before.

How it happens: These are deep, below-the-surface bumps that have no head and, in women, are usually located along the jawline and the chin. The condition is common in those with oily skin—a combo of oil (sebum), dirt, and dead skin gets trapped within pores (especially at that time of the month, as estrogen can cause sebum production to spike). Not only can the lesions be painful and red but they can also cause PIH (post-inflammatory hyperpigmentation, a.k.a. dark spots) and scars long after the breakout heals. Because of this, Dr. Marchbein says, treating cystic acne quickly is key.

The treatment regime: A consistent skincare routine can help: Wash twice a day with a cleanser containing chemical exfoliants like glycolic acid, and apply a retinoid, like AcneFree Adapalene Gel ($10; amazon .com), at night. Adapalene is gentler than prescription retinol and is meant to be used all over the face to reduce dead-skin buildup, which in turn prevents breakouts. But Dr. Marchbein warns that with this type of acne, “traditional therapies like topicals are less likely to work,” so if you’re following a routine that isn’t effective, a prescription may help.

Rx route: Certain birth control pills that contain estrogen and progestin are FDA-approved for treating acne and are prescribed because the introduction of those hormones can lower the level of acne-causing androgens like testosterone, which spur the sebaceous gland to produce more sebum. Although it’s not FDA-approved for the treatment of acne, Spironolactone—a blood pressure medication— works similarly for women in that it blocks androgens, but without hormones. Derms may also recommend taking them together. In more severe cases, “Isotretinoin—formerly Accutane—is the gold standard and has the potential to give a lasting remission, or even cure, scarring cystic acne,” says Dr. Marchbein. (Women who are pregnant or planning to get pregnant should avoid Isotretinoin because it can cause birth defects.) It’s a form of vitamin A (also a retinoid), which works to reduce oil production in a more vigorous way.

Quick fix: Should you feel a cystic lesion coming on and want to nip it quickly (hello, big meeting tomorrow!), see your derm and ask for a mild steroid shot to shrink it almost immediately.

How it happens: Therootof these start with “sebum plugs” in a pore, or hair follicle, explains Rachel Nazarian, MD, a dermatologist in New York City. A blackhead is sebum plus bacteria and dead skin cells that plug the opening of the pore. When a blocked pore closes, a whitehead forms. These are more superficial than cystic spots. Blackheads are black because they’re open comedones, says Dr. Marchbein; when the sebum, bacteria, and dead skin cells are exposed to air, it all oxidizes, turning darker. With whiteheads, closed comedones, the impurities are under the skin and don’t have contact with air. Both are most commonly found in the T-zone because that area has the most sebaceous glands.

The treatment regime: Salicylic acid is a must because it can penetrate the pores and unclog them. Naturopathica Colloidal Silver & Salicylic Acid Acne Clearing Cleanser ($38; naturopathica.com) pairs antimicrobial silver and sal acid to help keep breakouts at bay. BOOK A FACIAL: If you notice that you’re suffering from clogged pores on a regular basis, it’s smart to enlist the help of an expert. Christine Chin, a licensed esthetician in New York City and founder of the eponymous spa, recommends seeing a professional for extractions to keep your complexion clear.

Quick fix: When a whitehead pops up, reach for an acne patch. These stickers are made of hydrocolloid, which turns into a fluid-absorbing gel that draws out dirt and oil, decreases inflammation, and creates a barrier to keep bacteria out. Alba Botanica Acnedote Pimple Patches ($8;) will conceal the blemish as it heals.

How it happens: Even with a clear complexion, you may still struggle with body breakouts. While most people have a combo of both, there are many who suffer from just the neck down, says Dr. Marchbein, and though the culprits are similar (dirt, oil, and dead skin), sweat is a major factor too. Many women notice that the places they break out the most are where sports bras trap sweat.

The treatment regime: Use a benzoyl peroxide cleanser, such as CeraVe Acne Foaming Cream Cleanser ($15; at mass retailers), after a workout to get rid of blemish-causing bacteria. 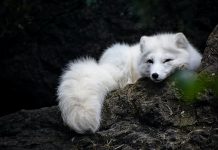 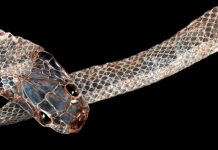 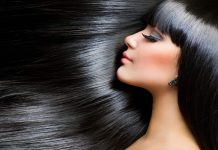 THINGS TO DO AFTER HAIR SMOOTHENING

Coronavirus: Are we getting closer to a vaccine or drug?

HIV, TB and Malaria Deaths Could Increase Due to COVID-19?

3 very different Malaysian families talk about what family means to...

Is Rose Water Good for Your Skin?