Parents of picky eaters should try not to put too much pressure on themselves — or their kids.

So suggests a new study published today by the American Academy of Pediatrics.

Researchers found picky eating to be a stable trait throughout ages 4 to 9. They reported that the eating habit appears to be associated with maternal feeding behaviors, such as restriction and demanding — as well as lower emotional regulation and rapid changes in mood in children.

Researchers also reported that picky eating can be protective against higher body mass index (BMI) and obesity in children. None of the children in the study were underweight or deficient in micronutrients.

“This study is part of the bigger grant that collected information over the course of 5 years on this cohort of low-income families in Michigan on all aspects of feeding, eating, and weight gain,” said Megan H. Pesch, MD, clinical lecturer at C. S. Mott Children’s Hospital at the University of Michigan and a study lead author.

Pesch is also mother of 8-month-old, 3-year-old, and 5-year-old children.

“I am living it myself,” she told Healthline. “When I looked at [the data], I started to really be interested in picky eating because of what I was experiencing at home.”

Pesch said the children in the study fell into one of three categories from low to medium to high picky eating. These trait-like behaviors remained constant, suggesting a future trajectory of eating habits, but they didn’t measure what these families were or were not doing to intervene at home.

“There is so much pressure on parenting these days,” says Pesch.

And pressuring your child doesn’t help increase their likelihood of them eating certain foods. In fact, the study researchers said can actually make picky eating even more acute.

“Maybe they can just breathe a little bit more and take a bit of pressure off themselves in this area and know that maybe it’s a little bit of a good thing, and all the kids in this study were growing great, even if they were picky,” Pesch said.

While picky eating can be frustrating for any parent or guardian, Pesch says goals are made on an individual basis.

“If you’re really strapped for cash, it does not make sense to take a gamble on whether or not your kid is going to eat something,” she said.

“You can buy 20 boxes of mac and cheese for one bundle of organic asparagus and, so putting it all in social context, it kind of depends on your goal,” she explained.

“If your goal is to get your kid to eat some calories just so we can get to the next meal because food is kind of scarce, that is valid and I am not going to tell those families to throw down to get some broccoli in,” she said.

“For other families, who maybe have the goal of increasing their kid’s palate more, it’s valid and worthwhile to keep trying,” she added.

“There’s a lot of opportunity out there and I really don’t want this study to be read as it’s OK for parents to give up hope, but I think parents can take the pressure off themselves, too,” Pesch said.

Building confidence around your child’s food choices and increasing positive exposure to certain foods are two interventions that can slowly change their relationship to previously refused foods, says Pesch.

“You may need to back off a bit,” she says. “Don’t make them take a bite or force them because if they get distressed, and it is not their choice, they’re going to have a negative association with the food,” she said.

Instead, increase positive exposure by bringing them to the grocery store, letting them choose produce items, and having them help with meal preparation.

Even having the food accessible on the table but not directly on their plate can help reduce negative reactions, says Pesch.

“It’s like their guard is being dropped little by little,” she said. “The needle on picky eating is moved so slowly, and so as a parent, it can be really easy to just throw in the towel and get frustrated if things don’t change pretty quickly,” she said. “Keep exposing them.”

“Involve the kids in the meal planning, grocery shopping, and food preparation,” she told Healthline. “You’ll be amazed at their willingness to try a food they were involved with preparing.”

Passerrello says there are age-appropriate ways to get children ages 3 and up involved and refers to this Kid-Friendly Kitchen Tasks for Every Age infographic.

Example of age-based exposure activities for eggs include:

“Be creative and have fun, but try to avoid a full production for every meal,” she says.

From a mother’s perspective, Passerrello reminds us there are a variety of strategies to address picky eating.

“Like most everything else with parenting, the best strategy won’t be the same for every child,” she said. “What parents can do is think about the food-related behaviors they are looking for in their children, and ask themselves if they are modeling those behaviors.”

“Children learn from watching and mimicking their role models, and eating is no exception to this,” Passerrello said.

Pesch said the fact that children in the study were all developing at a normal rate, at least until the age of 9 is important to note. 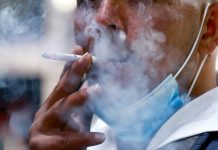 Babies in the Womb Can See More Than What We Thought

The Sirtfood Diet and Hacking ‘the Skinny Gene’

Fabric Face Mask Vs Medical Mask: Who Should Wear What And Where

Does over-eating fruits cause weight gain?

Eliminating MSG to relieve from multitude of diseases