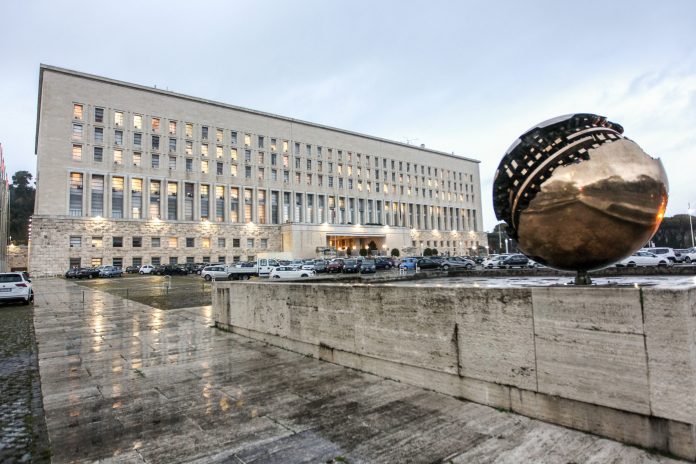 Ambassador Terracciano, together with Marco Minniti (Med-Or Foundation), jumpstarted a pilot project seeking to produce public-private strategic analyses
A new kind of collaboration. An official from the Italian Ministry of Foreign Affairs and the head of a research foundation are kicking off a pilot project to leverage synergies and create strategic analyses that can benefit the country’s economic system.

Ambassador Pasquale Terracciano is the head of a new Directorate General at the MFA that deals with public and cultural diplomacy;
Marco Minniti is President of the Med-Or Foundation, set up by Italy’s leading aerospace company Leonardo, which seeks to promote cultural initiatives, research and scientific education in the wider Mediterranean and MENA areas.
Pen to paper. On Thursday, the two signed a “collaboration agreement for the preparation of analyses and experimental studies of strategic forecasting in areas of geopolitical importance and of interest to public and cultural diplomacy,” as explained by the diplomat via Twitter.

This is the first-ever collaboration of such nature between the MFA and a foundation. From the looks of it, it’s mutually beneficial.
Decode39 has learned that the Foundation will provide the MFA with analyses and in-depth studies on agreed topics of common interest, with a special focus on defence and security in critical areas.

The result of Med-Or’s work will be for the MFA’s internal use
The MFA will not play the Foundation for such work.
This pilot project exists in addition to the calls for tender that provide for the collaboration of universities, specialised bodies and institutes (under Presidential Decree no. 18 of 1967).
Pooling foreign policy knowledge and know-how. “At the [MFA], we want to create more synergies with think tanks, foundations and research centres dealing with foreign policy,” Ambassador Terracciano told Decode39, “with the final aim of setting up a real foreign policy-centred community.”

He added the MFA’s Analysis, Programming, Statistics and Historical Documentation Unit will be the institution’s most engaged body in the framework of the new agreement.
Enhancing research. President Minniti told Decode39 that the agreement “is very important for the Med-Or Foundation because it allows us to enhance the skills and potential of our analysis and research centre.

“We are particularly honoured to be able to develop this synergy with the MFA,” he said, voicing his belief that the initiative will enable the Foundation to contribute to Italy’s national economy. 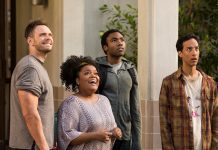 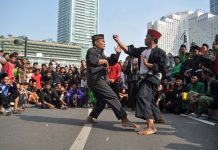 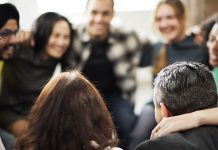 7 Reasons Why Tourists Are Not Allowed In Nicobar Islands

5 Most Reliable Self Grooming Tips for Housewives

Tiny Changes That Will Make Your Home Instantly Happier

How to travel safely on the bus, train and subway

Eliminating MSG to relieve from multitude of diseases

Eating At Night During Pregnancy May Lead To Weight Gain