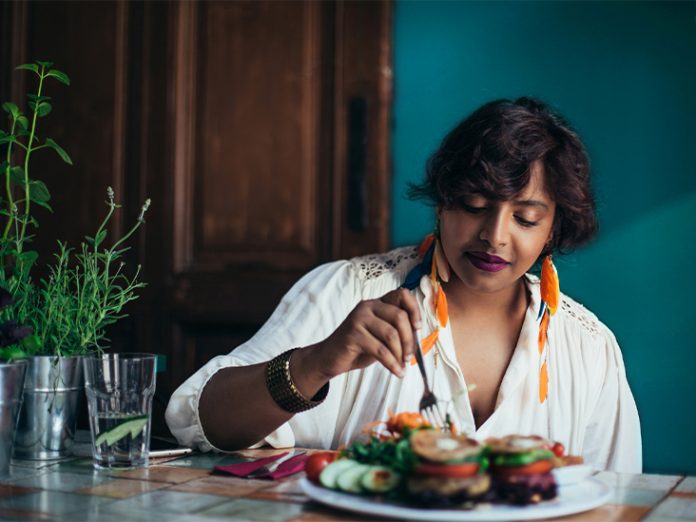 Learn more about intermittent fasting and if there are benefits and drawbacks to trying it when you have diabetes.

Intermittent fasting has been especially buzzworthy for its potential benefit in preventing and treating type 2 diabetes.

In the United States alone, more than 34 million people have diabetes and the numbers are steadily growing every year. Adopting a healthy diet, exercising regularly and managing stress are key to managing the disease, but it’s not always entirely clear if certain eating patterns can be more beneficial to managing diabetes than others.

What Is Intermittent Fasting?
First let’s start with the basics of intermittent fasting. Most people think IF is a diet, but it’s actually more of an umbrella term for several different eating patterns that involve some form of fasting during a designated period of time (here’s more information on intermittent fasting).

A lot of the research on IF looks at the daily time-restricted feeding approach, where people or mice are fed meals within a designated time frame throughout the day, usually an 8-hour feeding window and a 16-hour fasting window. For example, one might fast for 16 hours, then eat in an 8-hour window from 11 a.m. to 7 p.m.

Regardless of the method, IF may be an attractive alternative to traditional methods of reducing calories (e.g., counting calories or cutting out entire food groups) because it can be less cumbersome, more flexible and more intuitive, especially for people who tend to skip breakfast or eat less on the weekends.

That being said, it’s definitely not for everyone, and people with diabetes have other factors to consider (more on that later).

What happens in your body when you fast?
Intermittent fasting activates something called metabolic switching in your body. Metabolic switching typically occurs when a person fasts for around 8 to 12 hours. During this process, the body runs out of glucose (also known as blood sugar) and switches to burning ketone bodies for fuel by breaking down stored fat.

According to recent research published in The New England Journal of Medicine, this metabolic switch from using glucose to using ketones for fuel also has some added benefits for the body—decreased inflammation, improved glucose regulation and a more adaptive stress response.

Researchers suspect that the metabolic changes that occur during fasting may give IF an extra edge over other diets for weight loss and for managing metabolic conditions like diabetes.

Let’s start with the basics

How does diabetes work?
Diabetes is a condition in which people have trouble metabolizing or processing carbohydrates. When we eat carbohydrates, we eventually break them down into a simple sugar called glucose, which is released into our bloodstream (aka blood sugar) so our cells can eventually use it for fuel.

Once glucose enters our bloodstream, our body releases a hormone called insulin which helps our muscles, liver, fat tissues and brain take up glucose from the bloodstream and get it into our cells where we can burn it for energy.

Several factors, including obesity and excess weight gain, can impair the ability of our cells to use insulin, causing glucose to build up in the bloodstream and leading to high blood sugar. This condition is called insulin resistance, the driving force behind prediabetes and type 2 diabetes (learn more about blood sugar basics for diabetes).

Does intermittent fasting help with diabetes?
Like a lot of questions in the nutrition world, the answer isn’t entirely clear. Currently, most of the studies on IF and diabetes have been done on animals. While this has given us some insight on how intermittent fasting might help treat diabetes, the research in humans is definitely mixed.

Animal studies have shown that IF improves insulin sensitivity and prevents obesity in mice. In humans, one recent case report published in BMJ found that IF successfully treated insulin resistance and lowered hemoglobin A1C (a measure of blood sugar control over several months) in participants with insulin-dependent type 2 diabetes. Another promising outcome: after following IF for several months, all of the participants in the study were able to discontinue their insulin medication entirely.

A recent clinical trial randomized men with prediabetes in two groups—one group followed a 6-hour timed feeding IF protocol and the other followed a 12-hour feeding protocol for 5 weeks (a 12-hour window is typical eating for most people, think 8 a.m. to 8 p.m.). Results from the study found that the men in the IF group had less insulin resistance compared to those in the 12-hour feeding group. The IF group had better results, regardless of weight lost over the study. IF also produced better glucose control in a similar study done on a group of 107 overweight and obese women.

However, a comprehensive review of the current research on IF and diabetes shows that several studies have also found that IF has no additional benefit to insulin resistance and hemoglobin A1C compared to a typical calorie-controlled diet.

It’s important to note that much of the research on IF has been done on overweight and obese individuals with insulin resistance, meaning results may not apply to people who have diabetes, but are not overweight. Furthermore, some studies have found IF to be more beneficial for men than women.

Essentially, we just don’t have enough good-quality research in diverse groups of men and women to definitively say that IF is better for managing diabetes compared to a typical healthy diet. Additionally, we haven’t yet figured out the optimal duration, frequency and severity of fasting needed to produce metabolic benefits that are especially helpful for people with diabetes.

Finally, there are potentially some theoretical and research-backed drawbacks to intermittent fasting for people who have diabetes. Here’s what we know so far.

What are the downfalls of intermittent fasting for diabetes?
Many clinicians, myself included, have found that intermittent fasting can exacerbate disordered eating patterns in vulnerable individuals. Waiting too long to eat can alter hunger hormones and increase cravings and appetite. For many people this can lead to overeating and sometimes binge eating.

So, the existing data tells us that IF has the potential to be harmful to normal-weight individuals and those with preexisting disordered eating behaviors and diagnosed eating disorders. Women may also be at an increased risk for negative outcomes associated with intermittent fasting.

A few studies have found that long-term intermittent fasting in overweight and obese women resulted in a longer than average menstrual cycle and altered reproductive hormone levels in normal-weight women. More research needs to be done to understand the full impact of IF on women’s menstrual cycles, but this is definitely something to look out for if you’re thinking of trying IF.

Additionally, one study looked at the effects of three weeks of IF in overweight men and women. Results found that men had improved measures of glucose control, but women actually had impaired glucose control.

Another important thing to keep in mind—the majority of studies that look at intermittent fasting in humans recommend healthy eating (not feasting) on the non-restricted days. Research has found that overindulging on days when you are not fasting can have a negative impact on your health, even if you are losing weight.

Other reported negative side effects for intermittent fasting include:

Bottom line
Overall, we still need more research to understand the potential benefits and risks of intermittent fasting for people with diabetes, but some women, people with disordered eating, and individuals with a so-called “normal” body weight may not be the best candidates for intermittent fasting. Before drastically switching up your eating habits, check in with your health care team or a registered dietitian, who can provide more individualized recommendations. 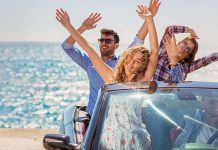 How to Relax when Driving 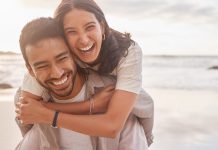 Why You Should Travel Without Kids (Once in a While!) 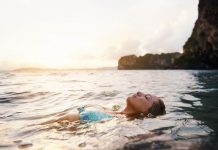 Face Serum: Is It Necessary?