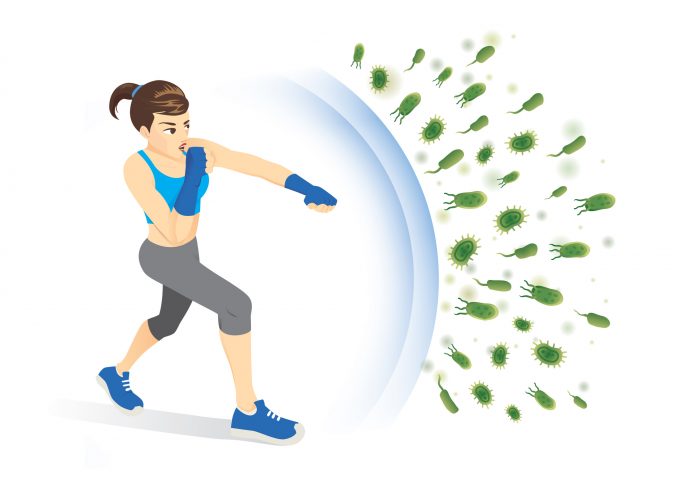 Another important feature of coronaviruses is their “accessory” proteins, which appear to be involved in evading the host’s innate immune response—the body’s front line of defense. The response is initiated when a cell detects an invader and releases proteins called interferons, which interfere with the pathogen’s replication. The interferons trigger cascades of antiviral activity, from shutting down host protein synthesis to inducing cell death. Unfortunately, most of these processes are also bad for the host. “A lot of the disease that’s caused is actually the immune reaction—inflammation—and destructive things induced by viruses,” Weiss says. “That will also determine how virulent a virus is: How much of a destructive immune response does it induce, as opposed to just a protective one?” This aspect is also why underlying medical conditions are so important. Most of the people who have died from the new coronavirus to date “had comorbidities, like autoimmune diseases, or secondary infections, which can become much more prevalent once our innate immune systems are busy fighting a virus,” Tait-Burkard says. “That’s why the important thing is to treat people for comorbidities and give them antibiotics to stop bacterial infections taking hold.”

Of course, the immune response’s purpose is to eliminate invaders, so viruses possess countermeasures. This trait seems to be what differs most among various coronaviruses. “These viruses are closely related, but they have different accessory proteins,” Weiss says, adding that they “have evolved to shut down various aspects of that [innate immune] response.” Some researchers think bats harbor coronaviruses because they do not mount the intense immune response humans do. “A lot of the signaling molecules that alert our immune system are suppressed in bats, so they don’t get sick,” Tait-Burkard says. Rather than reacting, bats maintain a constant low-level response, which may contribute to the viruses’ evolution. “[Bats] have a constant expression of interferons, which selects for viruses that are good at evading that response,” Tait-Burkard says. “So bats are very good selection vessels for viruses that are very good at hiding.”

Accessory proteins are far from fully understood, however. “They can be taken out of some viruses without any effect on the ability of the virus to grow,” Perlman says. “You would think: if you had a protein that was key for countering the immune response, if you took it out, the immune response would win—and it’s not necessarily so.” Some researchers believe accessory proteins influence how deadly coronaviruses are. There have been studies with SARS in which removing an accessory protein did not change the virus’s replication efficiency, but it became less pathogenic. “Lots of virus would still be made, but it seemed to be less harmful,” Fielding says.

Coronaviruses do possess some ability to correct genetic errors, but it neglects certain regions of their genome, Tait-Burkard says. Consequently, two sections, in particular, are especially prone to mutations: those that encode the spike protein and accessory protein regions. “In those two areas, coronaviruses allow a lot of mistakes, which drives their evolution, because they manage to bind to new receptors and evade the immune respon

This Clean Beauty Founder Doesn’t Give A Freck

Flying private is all the rage — why it’s so hard...

When is the time right for body contouring after major weight loss?