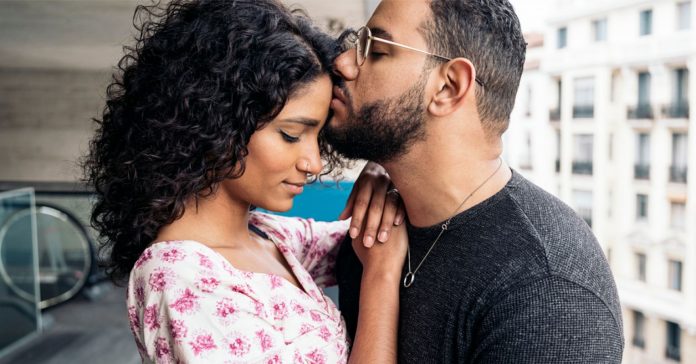 What is Arousal?
At some point, all animals and humans can experience being aroused. This condition occurs when an organism responds to a certain stimulus in a focused and alert manner. Although there are different types of arousals, the term it mostly addresses is sexuality.

Is There A Difference Between Arousal and Desire?
The terms sexual arousal and desire are used interchangeably. They are overall similar but there are subtle differences also. Desire focuses on recognizing one’s tendency to have sex with someone. You want to have sex with a particular person and the idea remains true either you are in a mood or not.

Arousal, on the other hand, refers more to the response to that desire. The process of getting excited is involuntary but can last for a short period. Sexual desire in women is very much different from men due to the biological properties of each other’s reproductive system and the functions of the respective hormones.

12 Female Arousal Triggers
There can be numerous female arousal triggers. All of them can change from time to time. However, we will focus on the 12 most common out there.

Exterior Aspects
These refer to the physical aspects that trigger sexual arousal.

1. Physique
The physique is probably the most common of the female arousal triggers. There will be at least one point in a woman’s life that she gets aroused because of the man’s physique.

Each female has a particular preference for what seems to be sexy for her, but most of them get turned on by the male’s face and body. This factor sits on top of the turn-ons for women.

Without knowing anything about a certain male, as long as he is attractive and the body measurements can be likened to a work of art, automatically most females’ sexual arousal gets sparked.

On the other hand, males with well-endowed genitals can trigger sexual arousal for the majority of women who have at least a few sexual experiences.

2. Talent and Ability
Unfortunately, not all men have physical assets. Although there are many ways to achieve great body shapes, like exercising, taking supplements, or undergoing surgeries – it will take a huge amount of effort and time to achieve a good look.

The good thing is that females can get sexually excited besides the physical aspect. Other turn-ons for women include men’s talents or abilities[1]. For instance, a bassist of a school rock band can have many fangirls compared to a nerdy student who constantly gets academic awards.

But make no mistake about it, men with different abilities can trigger the sexual arousal of some women. However, the person who has more entertaining talents scores better.

3. Style and Grooming
If a guy doesn’t have the looks, skills, and abilities, he can still win a girl through style and grooming. Basic grooming is a must-do, but taking it to a higher level can ignite sexual arousal.

In commercials like perfumes, shampoos, and body washes, there is some truth that a pleasing scent is considered one of the female arousal triggers. These products contain a chemical called pheromone, which is responsible for stimulating a social response. Grooming products have pheromone components in their ingredients and are marketed as sexual factors.

Aside from a pleasant aroma, appropriate attire is included in the turn-ons for women. Also, other healthy grooming practices such as great hair, clear skin, and white teeth are a plus.

4. Approach
Many women have been torn apart between a “bad boy image” and a gentleman. It may be the media popularizing the idea, but when a man appears as a bad guy, women find his lack or need for goodness appealing. Being a bad boy doesn’t mean a vicious murderer or a drug dealer, but more on an unresponsive or insensitive guy.

There can be many instances that women will engage in sex and intimacy based on how a guy approaches them even though they don’t know each other. Some girls want to be pursued while others love to pursue their ideal guy even though they get rejected. The manner of approach provides some women a sense of thrill, which leads to sexual arousal.

5. Scenario
Some scenarios can be female arousal triggers. The idea alone turns women on more than the presence of a male. One example is a perfect dating setup, wherein a man surprises the girl and showers her with all the good things. Aside from being happy, achieving such a scenario can make the girl feel desired.

On the wild side of things, females achieve sexual arousal if their male partners suggest sex in a car or an unnoticeable cubicle of a public location. The idea provides women a sense of adventure[2], which is enough to make them excited.

Interior Aspects
These focus more on a man’s personality, mindset, and other non-physical concepts.

6. Knowledge and Intellect
The term “sapiosexuality” refers to an attraction to a person due to his/her intelligence. It doesn’t restrict on persons who are achievers in academics and aced a lot of exams. It is more on how a person translates his/her ideas into words that are either thought-provoking or purely informational.

Women find smart men sexy, which is a quality that settles on the list of turn-ons for women, who are not only articulated in words but also have wider views on global issues and fresh perspectives on human concepts.

Talking rhetorically sounding like Tony Star or arguing over an idea like Bruce Wayne can instantly score a lot of points for sexual arousal, as long as there is no bragging tone involved.

7. Ambition
A man with ambition displays 2 things: diligence and confidence. A woman who sees a guy aim for a better quality of living, and acting on it, will get attracted to him. Many instances where women can observe this is when they listen to a man talk and compare it to his actions.

You might have observed that men in business, politics, and any leadership seat get a lot of appeal in sex and intimacy. It may be due to the idea of having a stable life if forming a family is possible, and that is why women find confidence attractive.

8. Manhood
There can be several ways to display confidence. Having ambition is one. But for every male, the inner machismo or manliness is a way of measuring it. It doesn’t pertain to the length of the penis, but it is more on the size of the balls, figuratively.

The term “having balls” is common in any male conversation and it refers to the amount of masculinity used to address any situation. This situation can be a problem, an embarrassing situation, or a challenge.

Surely, having a scruffy beard and towering posture as an aspect of manliness can be a part of female sexual triggers, but nothing is manlier than a male who can deal with any situation head-on with pride.

9. Attention
One of the women’s needs is attention. The amount that they need is much more staggering than that of males. Any form of attention that makes a woman desirable can be considered one of the female arousal triggers.

Intense stares filled with curiosity and obsession are instant turn-ons for women but only in the moments when a girl wants them.

For couples, paying attention to details can pay off big time. If the female partner notices her guy is aware of her unvoiced concerns or remembers something pleasant like a special day or a promise, it will build up and ignite sexual arousal.

10. Affirmation
Aside from being attentive, girls love it when they are affirmed[3] if there is something good in them. Not only on their looks and abilities, but they also wanted to be affirmed on their views and actions regarding sex and intimacy.

Saying to a girl she looks so good in a dress or bikini, how amazing her kisses felt, or how she manages to get her guy aroused makes her excited and at the same time wanted. An affirmation can also be done effectively through actions alone by kissing on the forehead, hugging tightly, or a simple pat on the back.

11. Effort
An effort can be a hit or miss. Mostly, it is appreciated but it doesn’t necessarily mean a guy is guaranteed sex and intimacy. It can become easily arousing when a man and woman are in a deeper relationship.

Carrying the grocery bags, taking care of chores, attending when the girl is sick, preparing for a special event, and bringing a cup of coffee or snacks, and more – all of these can lead to sexual arousal if noticed. Taking initiative, consistency and the surprise factor are all recipes for scoring a chance to get laid even though it takes quite a while to get on that level.

12. Kindness
Sometimes, an act of kindness can be one of the female arousal triggers. Expressing care to a girl and providing what she needs at the moment may appear pleasant to her. Whatever the guy’s intentions are, either pure kindness or a mere calculative strategy, the girl might soften her heart with his actions.

That may be one of the main reasons why a male friend and confidant can become a lover to a girl at her sad moments in her existing relationship. Acts of kindness can be faked or abused, but if those are pure in a deeper relationship, a guy can be ushered into sex and intimacy.

Where Does Arousal Fit into The Stages of Sexual Response?
There are stages of sexual response or your reaction towards sexuality. Arousal fits in the initial stage, way before sex and intimacy can occur. As discussed, there are multiple female arousal triggers and they all start with a stimulus which can be a man or a situation.

When a woman is aroused, she will act on her desires. She may be getting intimate with her partner by showering her kisses and naughty compliments. Sooner or later, sex can be inevitable until the final stage of sexual response is reached – the orgasm. The cycle can begin again when a stimulus, which can be the same or different, will sexual arousal.

Attractive looks can be turn-ons for women, but aside from these, things such as personality and mindset can be as equally arousing. 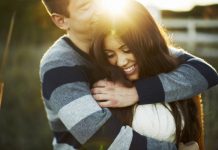 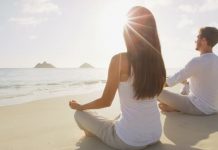 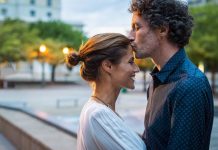 How to Clean Your Mattress?

12 Best Food And Drink Festivals Across NYC This Year

Eating Well as You Age

How to have good sex in a long-term relationship