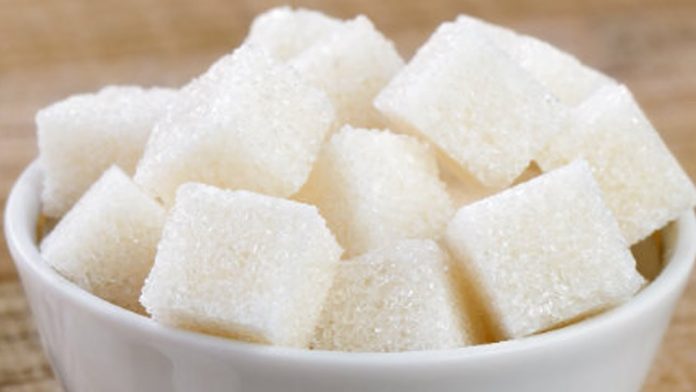 Some breaking news in 2020 food trends: The latest ingredient people are swapping in for sugar is, well, sugar. It’s called allulose, and it’s been popping up on my foodie/health-writer radar for the past few months: while I’m browsing ingredients labels in the aisles of Whole Foods (as one does), in conversations with nutrition experts (hot industry goss), in the PR pitches and sample products that come across my desk (#perks).

As you may have guessed, allulose is quite a departure from the deluge of sugar alternatives that have hit the market in recent years—stevia, monk-fruit extract, erythritol—in tandem with mounting health concerns about excessive sugar consumption (both legitimate and fear-mongering). While allulose is being treated and talked about like a sugar substitute—which makes practical sense, given it’s being used like one and is similar in some ways—it is, technically, a sugar. That puts allulose in a class of its own.

If you haven’t encountered the stuff yet, you surely will soon. Here’s all you need to know about allulose.

What is allulose and why are you just now hearing about it?

First off, “allulose is actually not a new discovery. We’ve known about it for a while,” Holly Wyatt, M.D., a professor in the University of Alabama at Birmingham Department of Nutrition Science, tells SELF.

Allulose naturally occurs in plants like figs or raisins, according to the the Food and Drug Administration (FDA), but in such tiny amounts that it’s earned the fancy-pants status of being a “rare sugar.” And yes, it is truly a sugar. “It’s not an artificial sweetener. It’s a real sugar,” Dr. Wyatt says. More precisely, it’s a monosaccharide (or single sugar). In fact, the molecular formula for allulose is identical to that of the simple sugars we consume on the reg, glucose and fructose: C6H12O6. (Sucrose, or table sugar, is a combination of glucose and fructose.)

What is new about allulose is our ability to commercially manufacture it more efficiently, Colleen Tewksbury, Ph.D., M.P.H., R.D., a senior research investigator and bariatric program manager at Penn Medicine and president-elect of the Pennsylvania Academy of Nutrition and Dietetics, tells SELF.

The other reason we’re only hearing about this stuff now has to do with a recent decision by the FDA that has made allulose extremely appealing to food manufacturers. Allulose has been considered GRAS (generally recognized as safe) since 2012, but in 2019 the agency decided to make allulose exempt from the total or added sugar content on nutrition labels. (I’ll explain why in a bit.) That’s a pretty big deal when it comes to making and marketing products that will cater to consumers increasingly seeking lower-sugar products (whether in the name of fad diets or the USDA recommendation to cap added sugar intake).

You can expect to start seeing allulose used as a substitute for regular sugar in a whole range of sweet things, says Dr. Wyatt, from baked goods and candy to dairy products. Other allulose-containing products you’ll increasingly find on grocery store shelves: Gum, jams and jellies, salad dressings, and protein bars, as well as syrups and sauces, sodas, puddings, alcoholic beverages, fruity drinks, and yogurts that are marketed as low-calorie, reduced-calorie, or sugar-free (according to GRAS notices submitted to the FDA by manufacturers about how they plan to use allulose). And you can already buy pure allulose, in granulated or syrup form, for things like stirring into coffee or baking.

Our bodies actually handle allulose differently than other sugars.

Let’s talk about why people are so excited about allulose—and why it’s getting basically a free pass on ingredient labels. Typically, simple sugars are metabolized and absorbed into the bloodstream pretty much immediately, providing instant energy—four calories per gram of it. What makes a molecule of allulose unusual is that it’s bonded in such a way that our body’s digestive enzymes aren’t able to fully break it down and extract the energy inside, Tewksbury explains. Allulose passes through our system largely intact, Tewksbury says, sort of like insoluble fiber. (Research cited by the FDA suggests about 70% of allulose is excreted intact.)

The fact that we don’t absorb much energy from allulose means it provides very few calories. So despite being a sugar, allulose has a nutritional value more similar to a low-calorie or calorie-free sugar substitute. Based on the current evidence, the FDA has decided on 0.4 calories per gram. (For now, at least. They note that this estimate is based on the limited human studies we have so far; some data suggests it contributes as little as 0.2 calories a gram.) So it’s not no calories, “but it’s negligible,” Tewksbury explains—just 10% of the calories in sugar.

Although the FDA still wants manufacturers to count allulose toward the amount of total carbs (and calories) in a product, it’s exempt from added sugar and total sugar count (like sugar alcohols and dietary fiber, BTW). The reasoning? Allulose also appears to have minimal impact on blood sugar or insulin levels, according to the FDA. That could make it especially appealing to someone with diabetes looking for an additional dietary tool to help to manage blood sugar fluctuations or reduce insulin use, Tewksbury says.

However, Tewksbury notes that the research on blood sugar impact (and allulose in general) is “extremely early,” especially when it comes to large-scale human trials. (The majority of the studies considered by the FDA were done using animals.) And the negligible blood sugar and insulin response has only been proven in the levels that have been studied so far, Dr. Wyatt notes.

This Flexible Detangling Brush Is Like the Knot Whisperer for Tangles

Warm and Bright: Create an Inviting Deck or Patio

What to Eat Before and After a Workout, According to a...