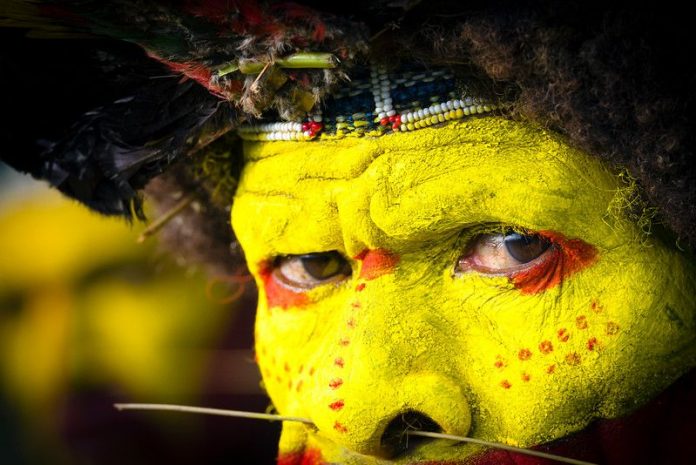 Embarrassing or amazing, they were pivotal moments in our lives that deserve remembering. On that note, here are 13 of it the world’s most diverse coming of age traditions.

1. Jewish Coming of Age Tradition: Bar and Bat Mitzvah
Around the world, young Jewish boys and girls celebrate their Bar and Bat Mitzvahs at age 13 and 12 in order to demonstrate their commitment to their faith and recognize that they are now responsible for following Jewish law. After the religious ceremony, a reception typically ensues to celebrate the young person’s hard work and accomplishment, as they have often spent weeks learning and preparing for this day.

2. The Sateré-Mawé Coming Of Age Tradition: Bullet Ant Initiation
In the Brazilian Amazon, young boys belonging to the indigenous Sateré-Mawé tribe mark their coming of age when they turn 13 in a Bullet and Ant Initiation. The tradition goes as so: they search the jungle for bullet ants which are sedated by a leader who submerges them in an herbal solution. The ants are then weaved into gloves with the stingers pointed inwards. An hour or so later, the ants wake up angrier than ever, and the initiation begins. Each boy has to wear the gloves for ten minutes.
Enduring the pain demonstrates the boys’ readiness for manhood — so few cry out as doing so would demonstrate weakness. Each boy will eventually wear the gloves 20 times over the span of several months before the initiation is complete.

3. Amish Coming of Age Tradition: Rumspringa
In Amish tradition, Rumspringa marks the time when youth turn 16 and are finally able to enjoy unsupervised weekends away from family. During this time, they are encouraged to enjoy whatever pleasures they like, be that modern clothing or alcohol. The purpose of this period is to allow Amish youth the opportunity to see and experience the world beyond their culture and upbringing. In this way, returning to their community and way of life thus is entirely their choice. Those who return are then baptized and become committed members of the Amish church and community, marking the end of Rumspringa (but they must do so before turning 26).

4. Hispanic Coming of Age Tradition: Quinceanera
In many parts of Central and South America, young girls celebrate their Quinceanera when they turn 15 years old. The coming of age tradition typically begins with a Catholic mass where the girl renews her baptismal vows and solidifies her commitment to her family and faith. Immediately following the mass is a fiesta where friends and family eat and dance.

5. American Coming of Age Tradition: Sweet 16
While less rooted in tradition, the 16th birthday is nonetheless an important one for American youth, as it marks the time when they are legally permitted to drive a car (and with driving comes big-time freedom). For some lucky teens the day is celebrated with an over-the-top party and potentially a new car, as documented on the the MTV show My Super Sweet 16.

6. Inuit Coming of Age Tradition: North Baffin Island
In North Baffin Island, Inuit boys have traditionally gone out to the wilderness with their fathers between the ages of 11 and 12 to test their hunting skills and acclimatise to the harsh arctic weather. As part of the tradition, a shaman would be called to open the lines of communication between men and animals. Nowadays, however, this tradition has been extended to young girls as well, as “outcamps” are established away from the community in order for traditional skills to be passed down and practiced by the young men and women.

7. Khatam Al Koran Coming of Age Tradition: Malaysia
In Malaysia, 11 is a special birthday for some Muslim girls, as it marks the time when they can celebrate Khatam Al Koran, a prestigious ritual that demonstrates their growing maturity at their local mosque. Girls spend years preparing for this day, reviewing the Koran so they can recite the final chapter before friends and family at the ceremony.

8. Maasai Coming of Age Tradition: Tanzania and Kenya
The Maasai of Kenya and Tanzania have several rites of passage that carry boys into manhood. Boys between the ages of 10-20 come together to be initiated as the new “warrior class” of the tribe, placed in dozens of houses built for the occasion. The night before the ceremony the boys sleep outside in the forest, and at dawn they return for a day of singing and dancing. They drink a mixture of alcohol, cow’s blood, and milk, while also consuming large portions of meat. After these festivities they are ready to be circumcised, making the official transformation into a man, warrior, and protector. Similar to other rites of passage the boys cannot flinch, because doing so would shame their families and discount their bravery.
For the next 10 years the boys will stay at a warrior’s camp where they learn various skills. After the ceremony takes places, marking their transition from warrior to senior warrior, they are entitled to marry the woman of their choice.

9. Ethiopian Coming of Age Tradition: Hamar Cow Jumping
In Ethiopia, some grooms-to-be have their own “bachelor party” of sorts- a rite of passage they must complete prior to being able to marry. Participants must successfully jump over a castrated, male cow four times while naked, symbolizing the childhood they are leaving behind them. If successful, they will now be considered one of the Maza- other men who passed the test and spend the next few months supervising these events in villages throughout the Hamar territory.

10. Vanuatu Coming of Age Tradition: Land Divers
Bungee enthusiasts will enjoy this: in Vanuatu, a small island nation in the middle of the South Pacific, young boys come of age by jumping off of a 98-foot-tall tower with a bungee-like vine tied to their ankles, just barely preventing them from hitting the ground. The catch? Unlike a bungee cord, the vine lacks elasticity, and a slight miscalculation in vine length could lead to broken bones or even death.
Boys initially begin jumping at around 7 or 8, although they are permitted to jump from a shorter tower. In their first dives their mother will hold an item representing their childhood, and after the jump the item will be thrown away, symbolizing the end of childhood. As boys grow older they will jump from taller towers, demonstrating their manliness to the crowd.

11. Japanese Coming of Age Tradition: Seijin-no-Hi
In Japan, the second Monday of January marks a special day- the day in which 20 year olds get to dress up in their finest traditional attire, attend a ceremony in local city offices, receive gifts, and party to their hearts’ content amongst friends and family. It’s their Coming of Age Festival, otherwise known as Seijin-no-Hi.
The tradition started nearly 1200 years ago and recognizes the age when the Japanese believe youth become mature, contributing members of society (it’s also the time when they get to vote and drink).

12. Confucian Coming of Age Traditions: Ji Li and Guan Li
In some parts of China, there has recently been a resurgence of the Confucian-style coming of age ceremonies Ji Li (for girls) and Guan Li (for boys). The ceremonies typically honor youth who have turned 20, and provide a fun opportunity to wear traditional dress. For the girls, this is also an opportunity to follow typical Ji Li practices such as making hair buns, attaching hair pins, and paying tribute to Huangdi, a Chinese ancestor.

13. Apache Coming of Age Tradition: Sunrise Ceremony
There’s no room for shyness among young Apache girls. While this ceremony is rarely practiced today, traditionally all girls were required to complete the sunrise ceremony, also known as Na’ii’ees or the puberty ceremony, during the summer following their first menstruation. During the 4 day ceremony the girls must abide by certain rules, preventing them to wass or touch their skin, or drink from anything other than their drinking tubes. They must also reenact the Apache Origin Myth drawing each female participant closer to the first woman, known as White Painted Woman, Changing Woman, or simply Esdzanadehe. In doing so they obtain her power during this special time.

There are currently 1.8 billion young people around the world. That’s a quarter of our population who is currently making the leap to adulthood. Yet, young people can’t mark their smooth transition to adulthood if they don’t have the opportunities to do so — such as going to school or seeking employment skills.

We must invest in youth because their human rights matter, because their needs matter, and because unlocking their potential is needed to create a sustainable future. Now is the time for governments everywhere to act to ensure a healthy and prosperous future for all young people. 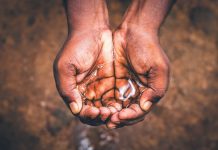 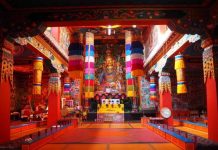 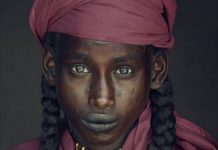 This is a land of stark beauty, unique pride and deep colours – a gift of its proximity to the desert.

Self Grooming-Only for Men of Vain Glory?

How to Remove Oil Stains from Clothes?