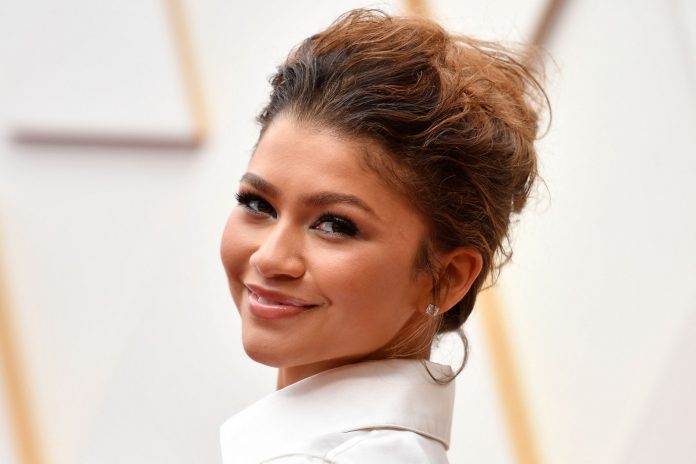 It’s Oscars night, and while we love the glitzy gowns and couture ensembles, it’s the beauty looks that take our breaths away. Unlike fashion, the manicures, hairstyles, and makeup moments on the red carpet feel much more attainable — even though they’re just as glam.

It’s a given that red carpet mainstays like Zendaya and Nicole Kidman would bring their A-game to the 94th annual Academy Awards, but we were elated to see newcomers like Lily James and Demi Singleton make waves with their looks, too.

Demi Singleton
The King Richard star stunned at her first Academy Awards with a waist-length fishtail braid, created by celebrity hairstylist Nai’vasha using TRESemmé products, that she accessorized with crystals that matched her soft lavender gown. And her makeup was just as stunning. Makeup artist Tasha Reiko Brown went with fresh spring tones to compliment her dress, using a mixture of Chanel lip products to achieve to brighten her natural lip tone.

Chastain’s updo was another win — with a textured ponytail with some loose, face-framing strands created by Renato Campora, who started off the actress’ styling session by treating her hair with Madison Reed’s Zucca Color Therapy Mask. Then, he reached for Hair Rituel by Sisley Paris’ haircare collection and Olivia Garden hair tools.

Lupita Nyong’o
Year after year, Nyong’o brings the glamour to the red carpet. This year, of course, is no exception. Her structural updo was created by hairstylist Vernon François with Matrix products. And while we could go on about her hair, we need to take a moment to appreciate her ever-radiant skin, subtle shimmery eyeshadow, and red lip, created by Lancôme makeup artist Nick Barose.

Ariana DeBose
The West Side Story star wore a soft smoky eye and neutral lip created with Charlotte Tilbury products by Andrea Tiller. Her lashes were extra fluttery thanks to a set of KISS falsies.

Amy Schumer
The Oscars host’s loose waves looked as effortless as she cracks jokes. Celebrity hairstylist Kimberly Gueldner reached for Better Not Younger haircare products when creating the Schumer’s look for the night, including the Lift Me Up Me Up Hair Thickener for extra volume at the roots. As for makeup, the comedian went with soft rosy blush and a matching lip. Her makeup artist Mia Jones used Clé de Peau products to create the look.

Rita Moreno
Legendary actress Rita Moreno came to wow on tonight’s red carpet, seeing as the West Side Story star worked with her go-to hairstylist Anna Maria Orzano to create one of the flashiest hairstyles of the night. When asked about the look by fellow actress and Live From E! red carpet host Laverne Cox, Moreno simply replied saying, “Why the hell not?” For makeup, the star stuck with her signature dark-lined eyes and neutral glam, created by MUA Miho Suzuki.

Zendaya
Whether she’s on the big screen, small screen, or yet another red carpet, Zendaya is not known to miss when it comes to glam — and the 2022 Oscars were no exception. The Dune star worked with hairstylist Antoinette Hill, who used Hidden Crown, Joico, TRESemmé, and T3 products and tools to create the star’s lived-in updo with subtle tendrils. For makeup, the star opted for soft glam, fluttery lashes, and a glossy lip created by Nick Barose using Lancôme makeup.

Chlöe Bailey
The divine Chlöe Bailey gave us an ethereal monochrome moment at the 2022 Oscars. With the eyeshadow to match her high-slit gown, it was only right that she had voluminous, sky-scraping hair to top off the look.

The Batman star’s makeup channeled Old Hollywood, too. Her makeup artist Nina Park drew on clean cat flick eyeliner and rounded out the look with a nude lip.

Jennifer Garner
Hairstylist Jenny Cho created Garner’s waves and glamorous side part with Virtue hair products. The effortless glam went perfectly with her off-the-shoulder red gown, which matched with the most iconic red carpet in Hollywood.

Tiffany Haddish
Once again, the comedian’s platinum blonde pixie looked incredibly cool on the red carpet. She paired the piecey texture of her short hair with a dark smoky eye — another award show beauty staple.

Rachel Zegler
Zegler is another star who looked to Old Hollywood for beauty inspiration on the 2022 Oscars red carpet. The West Side Story star wore her bob in a deep side part with flipped-out ends. Hairstylist Clayton Hawkins achieved the super glossy finish with Dove’s new Hair Therapy Brilliant Gloss & Repair Serum and Tangle Teezer’s the Ultimate Styler.

Her makeup is a lesson in soft glam. Rather than a typical smoky eye, she wore pewter eyeshadow just at the outer corner and crease for definition.

Kristen Stewart
Kristen Stewart’s Chanel hot pants weren’t the only statement she made on the Oscars red carpet, the Spencer star’s hair and makeup was also noteworthy. Hairstylist Adir Abergel styled her platinum blonde waves in an undone, side-swept ponytail with Virtue products and Dyson hot tools, while her smudgy kohl-rimmed eyes by Jillian Dempsey using Chanel products matched the edginess of her outfit.

Megan Thee Stallion
For her Oscars red carpet debut, the “Savage” rapper didn’t hold back with her beauty look. She stunned with a slicked back bun, laid edges, a fierce cat-eye, a strong lip liner look, and asymmetric nude nails.

Lena Waithe
Lena Waithe took a break from her signature low cut to let her gorgeous kinky hair be on full display during the 2022 Oscars. The actress, producer, and screenwriter kept the rest of her look natural as well, opting

Jada Pinkett-Smith
Jada Pinkett-Smith certainly had her eyes on the prize for the 2022 Oscars red carpet — and everyone at home had their eyes on her as soon as she debuted her look for the night. By matching her bottom liner to her dress, and keeping the rest of her look soft and neutral, the veteran actress proved that a little pop of color certainly goes a long way.

The musician’s windswept updo also sparkled, thanks to the Jennifer Behr pins hairstylist Nina Mercado chose to finish off the look.

Her hairstyle was a nod to early 2000s updos, with its high bun and face-framing tendrils. 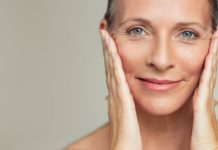 7 Skin-Care Tips That Will Transform Your Skin 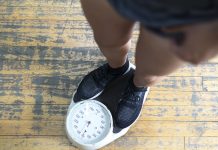 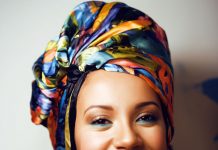 Does Toothpaste on Pimples Really Work?

5 Natural Foods to Strengthen the Uterus for Pregnancy

How to Lose Weight While Traveling