The results of our survey of 700 men may surprise women! What did men say was their number one sex need? Mutual satisfaction. That’s right! The survey shows that although the physical act of sex is an important part of sexual intimacy for men, it is not the most important aspect.

Men want fulfillment—for their wives, as well as for themselves. Coming in at number two and number three: connection and responsiveness.

Just as the women’s top sex needs are interrelated, the men’s needs are also interconnected. They are all about relationship. They’re about an emotional connection.

Emotional Connection Through Mutual Satisfaction
When we first started telling people about this book, many women said, “Five sex needs! I thought for men there was only one: Just do it!”
Yes, men need a physical release. In fact, they not only want it, but they actually do need it. Testosterone builds in their systems, and they need to release it. Yes, they do think about sex a lot, but God also designed them with a strong desire to need their wives to enjoy the experience just as much as they do.More than 67 percent of the men who responded to our survey listed mutual satisfaction as their top sex need. They indicated that they believe a good sexual relationship is one in which both husband and wife experience satisfaction during lovemaking.
Sexual satisfaction is more than simply a physical release for a man. The purpose of mutually satisfying sex is not just orgasm but satisfaction through an emotional and spiritual connection.A man feels like a man when he can please his wife. Wives, your husbands really want to give you pleasure. When a wife receives pleasure from her husband, he feels wanted. Their intimate sexual interludes affirm his masculinity. They say to him, “I love the things that make you a man.”

Emotional Connection Through … Emotional Connection
Nothing makes men feel closer to their wives than being physically and emotionally connected. That is why 66 percent of men ranked emotional connection as a top sex need. Connecting inside the bedroom is pretty clear-cut; it’s sexual intercourse. Sex builds emotional connection for a husband in the same way that talking and helping around the house build connection for a wife.Being physically and emotionally connected is important though. Emotional connection doesn’t have to be big energy expenditures – but they do take some thought. What are the simple things wives can do to say “You are important to me” or “You are a priority” or “I love you”? Touching his arm. Rubbing his back. Holding hands. Putting a hand on his knee while you’re in the car together. These are powerful ways a husband and wife form emotional connection. When a wife understands her husband’s physical needs—both inside and outside the bedroom—she tells him clearly that she wants to connect with him.
The reason why emotional connection improves a couple’s sexual relationship is that it increases a husband’s emotional dependency on his wife. His attraction toward her will increase. He will laugh with her. He will find her idiosyncrasies attractive instead of annoying. He will accept her completely.Often men don’t have the wide range of emotions that women do because men weren’t reared to experience or express emotion. Wives, although your husbands do experience emotion, they often express it in a way that doesn’t make sense to you. So be patient with them. Sometimes the best way to unlock a husband’s emotions is through satisfying his physical needs for sex. Sexual release helps men become emotionally open.What can frustrate a wife is having her husband pursue sex with her when she feels disconnected, angry, or preoccupied. Several wives have asked us, “How can my husband want sex with me when we’re not connected?” The answer is this: A husband more easily connects with his wife through sex than by talking about emotions. He is more able to connect to her emotions and be sensitive once he feels safe and once his sexual needs are met. It’s important for a wife to understand that sex is her husband’s avenue to connection.

Responsiveness
When a wife rejects her husband’s advances, he often interprets her lack of sexual response as “I don’t care about you” or “Your needs are not important.” Responsiveness is so important to husbands that nearly 63 percent of the men surveyed ranked it as a top sexual need.When wives hear this, they usually ask us, “You mean I can never say ‘Not tonight’?” Not at all. There are undoubtedly times when having sex just isn’t going to work out. But it’s important to understand what a lack of response will communicate. When a wife turns down a sexual advance, her husband feels emotionally rejected. And deep down, men are extremely sensitive. Many people think women are the sensitive ones. Although that’s true, men are often even more sensitive, especially in the area of sex.

When a wife responds to her husband’s sexual need, he feels loved. But when she ignores or overtly rejects this need, he feels unwanted and unloved.Responding to your husband’s sexual advances will build his sexual confidence and make him more tender and attentive. He will become a confident lover who pleases you in mature, appropriate ways. Although a wife typically needs tenderness before sex, a husband often needs a sexual release to experience tenderness. 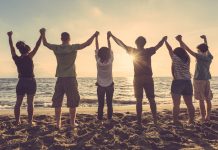 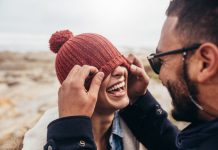 Here’s What Yara Shahidi Is Studying At School

Make Your Muscles Stronger with this Simple Chair Dips Exercise

5 Health Risks of Eating Too Fast

Here’s why happy couples post less about their relationships on social...