If you’re looking to strengthen your hamstrings, there are many exercises that will do the trick. Hamstring curls, deadlifts, and box squats are among the most popular options.

Another great though lesser-known exercise to add to your list? Hamstring falls.

At first glance, this move, also known as the Nordic curl, looks like a mini forward trust fall between you and the ground. In practice, it’s much more than that.

The hamstring fall is “a functional exercise that helps to prevent hamstring injury, add muscle, and build hamstring strength,” Ashley Borden, celebrity trainer and creator of exercise program ABFitApp, tells SELF via email. Borden would know: On Monday, the Los Angeles-based fitness pro, whose clients have included Christina Aguilera, Chelsea Handler and Rumer Willis, among others, shared an Instagram Story of herself demoing the move.

The goal of the hamstring fall is to slowly lower your upper half down using the strength of your backside, primarily your hamstrings. When you can no longer support your bodyweight, you simply fall to the ground and catch yourself with your hands. Because you’re essentially supporting and controlling much of your bodyweight with your hammies (though some other muscles are helping—more on that in a minute), it’s a great move for building and strengthening that muscle, says Borden. It also requires focus and full-body control to execute. You definitely can’t phone it in with this move, she says.

On top of that, “it’s an excellent no-equipment move that you can do almost anywhere,” says Borden. Plus, “it’s easily scalable” for all skill levels.

As mentioned, and as the name suggests, this move primarily works the hamstrings, which run down the back sides of your legs, from your hips to your knees. It’s an important muscle that’s used in tons of lower-body movements, especially those that work your glutes. By strengthening the hamstring with Nordic curls, you’ll reduce your risk of injuring it.

But this move isn’t just for the hammies—it also engages your hip adductor muscles (inner thighs), gluteus maximus (the biggest muscle in your butt), gluteus medius (the smaller muscle on the outer side of your butt that supports the hip and rotational movement of the thigh), erector spinae (muscles along the spine), rectus abdominis (what you think when you think abs), obliques (muscles on the sides of your stomach), and biceps femoris (a deep thigh muscle).

But wait! There’s still more! If you take a closer look at both Borden’s Instagram Story on Monday and the 2016 video, you’ll see she performs the hamstring fall with a push-up at the end, which helps power the concentric part of the move (pushing your torso back up). If you add in a push-up at the bottom of the move like Borden, you’ll also work your chest, triceps, and shoulders.

One important callout: Though the move is very scalable to different fitness levels, it isn’t for everyone, especially those with knee, hip, or ankle issues. If that’s you, chat with your doctor or physical therapist before attempting the move, advises Borden.

Here are two ways to do the hamstring fall. The first requires a partner; the second requires a stable object.

Also, because the standard move can be quite difficult, Borden provides a beginner-friendly regression at the end.

Because of the strength this move requires and the fatigue you may experience as a result, Borden suggests attempting it near the beginning of your workout after a thorough, full-body warm up. 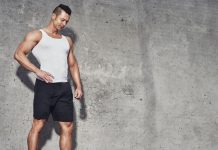 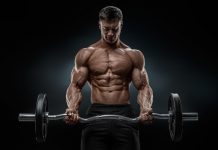 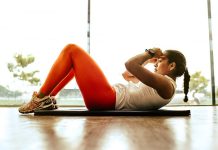 Zara is getting into beauty—here’s what to know about

As Members of the Crypto Community Rally Behind Ukraine, NFTs Have...

Strength and Agility for Free Running

6 Beauty Tips To Get Beautiful Face And Skin

Why the Goblet Squat Is Good for Beginners

3 Exercises You Should Do Daily If You Have Back Pain...