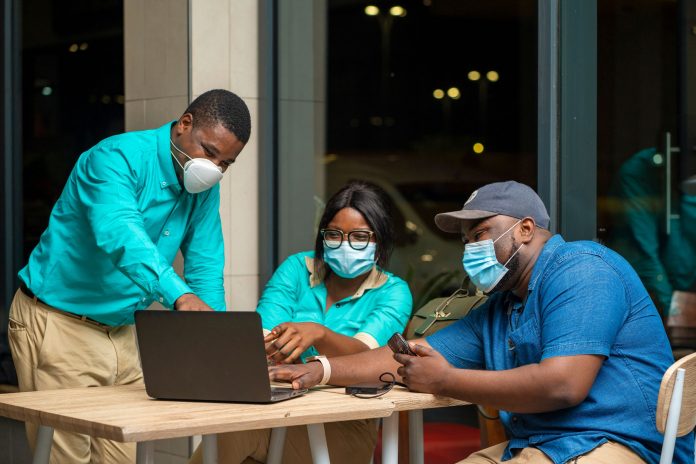 How do you fight an invisible enemy? For most of us, all we can do is wash our hands, avoid unnecessary travel, and put our faith in America’s doctors, nurses, and other healthcare workers. Our reliance on our healthcare providers has never been more clear. They are truly on our front line. A current meme says “your grandparents were called to war; you’re being called to sit on your couch.” If we are the home front, our doctors and nurses are the infantry. As a former soldier and the spouse of a doctor, it is a strange role reversal to wait at home while my wife suits up for battle in scrubs and personal protective equipment. We must do more than lament or celebrate the sacrifices of our healthcare professionals. We must fairly compensate them for their service to the nation.

Evidence shows that healthcare workers face an elevated risk from the coronavirus. Over the past few weeks, more than 60 doctors have died in Italy. With the United States now leading the world in confirmed cases, we’re unlikely to be far behind. As the spread continues and the predicted death toll mounts, we will soon see more tragic stories like the one of 48-year old nurse manager Kious Kelly, who succumbed to the virus after being exposed at work.

Usually, when a necessary job gets harder, riskier or less desirable, compensation increases. Retailers like Amazon and Walmart have given their workers well-deserved raises in response to the coronavirus. Healthcare workers have been lucky to get offered a free box of Krispy Kreme donuts. When soldiers go to war on our behalf, our government provides them with a package of benefits that includes combat pay and subsidized life insurance. Upon the completion of their service, veterans receive the G.I. Bill, which provides up to 36 months of tuition and housing benefits. First passed after World War II and expanded over time, the current G.I. Bill makes it possible for most veterans to completely cover the cost of a four year college education. As a combat veteran who used my benefits to continue my education debt-free, I know firsthand just how life-changing the G.I. Bill can be.

Providing doctors, nurses, and other healthcare providers with loan forgiveness and tuition assistance would change their lives and stimulate the economy. The average doctor in the United States graduates medical school with nearly $200,000 in student loans, 92% of which are federal loans. Congress and the president could demonstrate our nation’s gratitude by forgiving these loans, which would put that money directly into the economy. Nurses and medical technicians should be given the choice to have their loans similarly forgiven, or to further their education through tuition assistance. Long-serving professionals, like career soldiers, should be permitted to pass on some of their benefits to their children.

With everyone from President Donald Trump to British Prime Minister Boris Johnson and German Chancellor Angela Merkel declaring that the campaign against coronavirus is a war, America should step up and extend wartime benefits to those on the front lines. As someone who usually bristles at the militarization of the everyday (somehow every sporting event is an “epic battle”), this seems like a rare case where the metaphor is apt: the few are giving their all to protect the many. In Afghanistan, my soldiers and I knew we were risking our own lives. But in battling this invisible enemy, medical professionals also risk their own families. Their sacrifice is unparalleled.

Congress missed an opportunity to appropriately compensate healthcare workers in the $2 trillion stimulus package. Currently, we plan to give as much or more to Americans called to sit on their couch than to those who labor in hospitals, urgent care centers, ambulances, and primary care practices. These heros often work under extreme conditions and with inadequate personal protective equipment. Fortunately, the next stimulus package is already in the works. The G.I. Bill offers our leaders an existing model for compensating those who risk their lives for our nation. Let’s use it.

7 toxic beliefs that will kill your relationship slowly

If You Want To Gain Weight, Here’s What You Should Do

How to get rid of the blackheads from skin?

The Secret Reason Why Sex Is Such an Important Part of...

Want to Lose Weight Fast? These Science-Backed Tips Can Help You...

Face Serum: Is It Necessary?