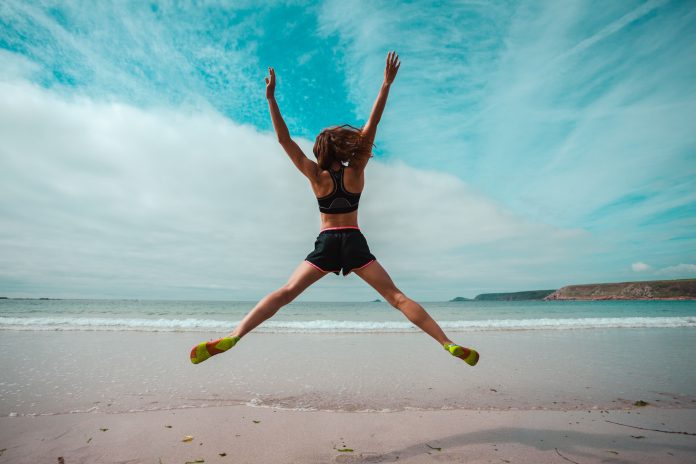 A couple of months ago, I found myself on the sandy shores of Oahu, being told to run down the beach and back up while carrying a 15-pound sandbag. The trainer instructing our small group was Samantha Campbell, C.S.C.S., who trains the Red Bull-sponsored big-wave surfers on that very same beach. Campbell had us doing conditioning exercises, running with sandbags, throwing the same sandbags back and forth to a partner, and hopping in and out of an agility ladder. All barefoot, all on the sandy beach.

It got me thinking: Am I going to be extra sore tomorrow? I was doing exercises that I’ve done before on solid ground, but everything felt like it required more effort. My quads were really feeling it, and I was out of breath pretty quickly. Our workout with pretty brief, so my post-workout soreness was minimal, but when I got back home, I still wanted to know more about how exercising on sand can impact the body differently than doing the same thing on pavement or a fitness studio floor.

So, I spoke with a few experts (including Campbell) to find out. Based on my experience and their input, here are five important things you should know before you take your workouts to the beach.

1. Every workout will feel more challenging.

Like I mentioned, the moves we were doing felt a lot harder on the soft sand. The main reason for that is that sand is an unstable surface.

When you do an exercise on a hard floor, like pavement or a wooden fitness studio floor, the surface stays put underneath you. When you do that same move on soft sand, the sand shifts and moves. Your body has to respond to this movement by firing up muscles and tendons that can help create stability, says Bethanie Bayha, D.P.T., O.C.S., of Real Rehab in Seattle, Washington.

“Just to walk in sand requires you to recruit small stabilizing muscles in your feet, hips, and back,” says Campbell. “So a basic exercise like a lunge uses different proportions of muscles in sand than on a hard flat surface supported by shoes. You might notice that your hip flexors have to work harder to pull your knee up because your foot is deep in the sand and pushing off just digs it deeper rather than bouncing you forward. The extra resistance from the sand on top of your foot acts like a tiny ankle weight, further increasing the resistance.” On top of that, your standing leg has to work harder to maintain balance.

No matter the exercises you do on sand—bodyweight strength moves or even running—you’re going to work muscles you’re not used to working. In particular, “smaller muscles, like the little muscles in the foot and ankle complex, and those in and around the hips and spine,” Bayha says. Whenever you work your muscles in a different way than you’re typically used to, chances are you’ll end up feeling pretty sore after. “You may feel a different type of soreness than you do if you typically lift heavy loads [in a gym]. You might feel tension in your tissues,” Bayha adds.

You also might feel disoriented. “Your reaction time and proprioception, which is basically the body’s ability to detect where it is in space, is going to be distorted when your body has to make more micro-adjustments for the moving surface,” Bayha says. Plus, if you’re working out barefoot (which is typical if you’re exercising on sand), your body is going to feel even more thrown off.

Hard sand, on the other hand, can be pretty compact and firm, and may feel a lot closer to concrete, says Elizabeth Barchi, M.D., sports medicine doctor at NYU Langone Health. You should still take some precautions (more on that in a bit) whenever you exercise on any new surface, but hard sand typically isn’t as tough to get used to as soft sand is.

2. The unstable surface is actually more taxing on your joints.

Any instability or injury in the knees, ankles, hips, or lower back can be exacerbated by exercising on sand. Since sand is generally soft, there’s a little more give and shock absorption, which will make it gentler on your joints in terms of impact force. But even though the compressive stress (impact) will be lower, the shear stress will be higher, “so you’re kind of trading one for the other,” says Bayha. Compressive stress is more like when the femur hits the top of the tibia, whereas shear stress, she explains, is “a translation across joint surfaces, so for example, the femur sliding across the top of the tibia.”

“If someone has any stability issues, like a history of ankle sprains or an ACL or meniscus injury, they need to be much more cautious,” says Bayha. That doesn’t mean they can never exercise on sand, she adds, but it does mean they need to be more cautious. If this sounds like you, check in with your doctor or physical therapist before jumping into a workout on the beach.

Barchi adds that the hips and lower back can also be irritated by an unstable surface like sand, so be careful if you have any pain or pre-existing problems in these areas, too.

And anyone, whether they have existing joint issues or not, could be at greater risk for small injuries like ankle rolls, strains, or sprains, says Barchi. That’s simply because the stabilizing muscles probably are not as strong as they need to be if you primarily exercise on hard ground.

3. Always start slow so your body can adapt.

“The importance of beginning slowly cannot be overstated,” says Campbell. “If an athlete has spent most of their time on hard surfaces and then goes directly to the same workout on soft sand, the stabilizing muscles will not be strong enough to support the movements and injury can occur immediately.”

Always start with low resistance and low speed, and gradually increase based on how you feel, says Barchi. “If you’re doing fine, then slowly ramp up.” Remember, different muscles are going to be working harder than they normally do, so you have to give yourself a chance to adjust if you want to avoid injury.

Bayha says to think about it the same way you’d approach any new exercise program: “Add a couple of minutes or a new exercise each time if all things went well until you get up to your full workout.” That means it may take you six to eight weeks to work up to your normal length and intensity, Bayha warns. That doesn’t mean you can’t work out if you’re just trying to get in a good sweat on a weekend beach vacation. But it does mean you shouldn’t go full force. Modify your workout, and save the full-on intensity for when you’re back at the gym.

If you want to run on the beach, start with 50 percent of your usual duration or distance and go really slow. If you’re feeling good, slowly get faster, Barchi says, but make sure to not overdo it.

Once you adapt to it, exercising on sand can be gentler (in terms of impact force) on the joints over time, says Campbell. You also will start to be less sore afterward. “Someone who is not acclimated to sand will often feel sore in their feet and calves initially, as the small intrinsic muscles are stimulated. But if you do quite a lot of sand walking, running, and workouts, the stabilizing muscles will get stronger and you won’t notice as much of a difference as someone who is not acclimated to it,” Campbell says.

Also, sand workouts aren’t the time to do heavy lifting. If you want to add resistance, use sandbags or something similarly soft. Adding heavy hunks of metal to the equation when your body is just getting the lay of the land can be dangerous.

Barchi stresses that you should always check the area before you get started to make sure there are no sharp objects hidden in the sand. “Be careful about what you’re stepping on,” she says. The last thing you need is a sharp shell or broken glass puncturing your foot.

You can also get sand burn if you fall and slide on it, Barchi adds. While this isn’t as serious as knee or ankle sprain or muscle strain, it’s still important to keep in mind. The good news is that if you do fall, it won’t hurt as much as falling on pavement.

Many beaches are slanted in the area between the soft, dry sand and the wet sand closer to the water. Campbell says that where she is in Hawaii, most beaches have a slant, which makes it difficult to do a lot of running. “We keep our beach runs in a shorter area where I can control for slant; either going up and down the slant or finding a small flat area with deep soft sand,” she says.

Bayha suggests, if you have no other option, to do an out-and-back run, so that you give each side of your body a chance to be on the slanted side.

If you have access to hard, flat sand close to the ocean? “That’s a fantastic place for a long run!” Campbell says. “You can keep your running shoes on or slowly transition to barefoot running.” On softer sand, you’ll want to go barefoot, again starting with very low mileage and building up over time so your feet can adapt.

If you’re working out on sand, you’re probably somewhere with a decent view, right? So go slow, tune into your body, and take in your surroundings instead of trying to push through a hardcore workout. It’ll be easier to enjoy the rest of your time there if you’re not dealing with intense soreness or a rolled ankle. 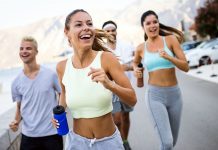 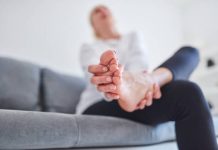 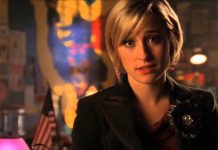 How to Stop Germs When Your Whole Family Is Sick

Best foods to try in Poland

The Dynamics And Importance Of Sex In A Relationship